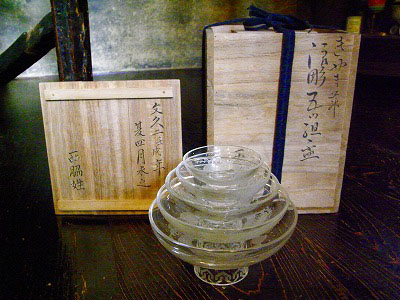 Photos contributed Robert Schalkoff, director of the Lincoln Scholars Program at Centre College, will be discussing the history of porcelain and glass production in Japan during the next Lunch with the Arts at the Community Arts Center. 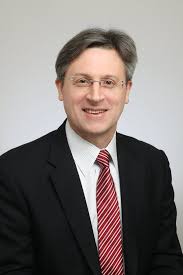 In 2009, Joan Stansbury suggested the concept to then Arts Center Director Mary Beth Touchstone. Touchstone liked the idea and a tradition was born. Stansbury has served as program coordinator since the program’s inception. Over 100 LWTA programs have been held since the first one in August, 2009.

The Arts Center invites the public  to meet Robert Schalkoff, director of the Lincoln Scholars Program at Centre College. Schalkoff will be discussing the history of porcelain and glass production in Japan. He will also be introducing the Japanese aesthetic as it relates to both arts.

According to Schalkoff, “The artist/collector relationship is an important one. This is doubly so when the genre in question has a long history of not being recognized as ‘art’ and the artists or artisans who produce these works remain unknown or anonymous. Until recent times, Japanese ceramists and glass artisans were the unknown and unsung heroes of traditional arts and crafts in Japan. Both took skills and techniques developed in other cultural contexts and adapted them in unique and innovative ways to meet Japanese aesthetic tastes.

“In the case of ceramics, porcelain in particular, they created new forms of their art that were then copied and imitated by ceramicists in the countries where the techniques originated, as well as other nations beginning porcelain production. In the case of glass, artisans succeeded in making glass a part of the daily lifestyle of the Japanese and expanded applications and uses of glass to those not seen in the West. At the same time, both ceramists and glass artisans honed techniques that are nearly impossible to replicate today.”

Schalkoff will have photographs and pieces from his own collection on hand to provide some instruction on how to appreciate the Japanese aesthetic sense. Participants will learn concepts like iki, or Japanese chic, wabi sabi or the appreciation of imperfection or impermanence, and ma — the sense of space.

For those interested in collecting Japanese art or traditional arts and crafts, Schalkoff will be providing tips and pointers. Beginners with only a passing interest in Japanese arts and traditional crafts, as well as experienced collectors and connoisseurs will find the talk enriching. 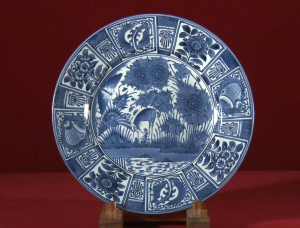 Before his present position at Centre College, Schalkoff was a faculty member at Yamaguchi Prefectural University in Yamaguchi, Japan, where he lived for over 25 years.

Schalkoffis fluent in Japanese and has worked as a commentator and translator/interpreter of Japanese culture, literature and traditional Japanese arts and crafts for museums, educational institutions and public television in Japan. He will be teaching a course on Japanese aesthetics for Centre students, beginning in January, 2019.

In recognition of the strong musical component of this monthly arts series, the 10th anniversary season is being sponsored by a generous grant from Stuart Powell Ford Lincoln Mazda.

The upcoming Lunch with the Arts series will also include the following presenters: