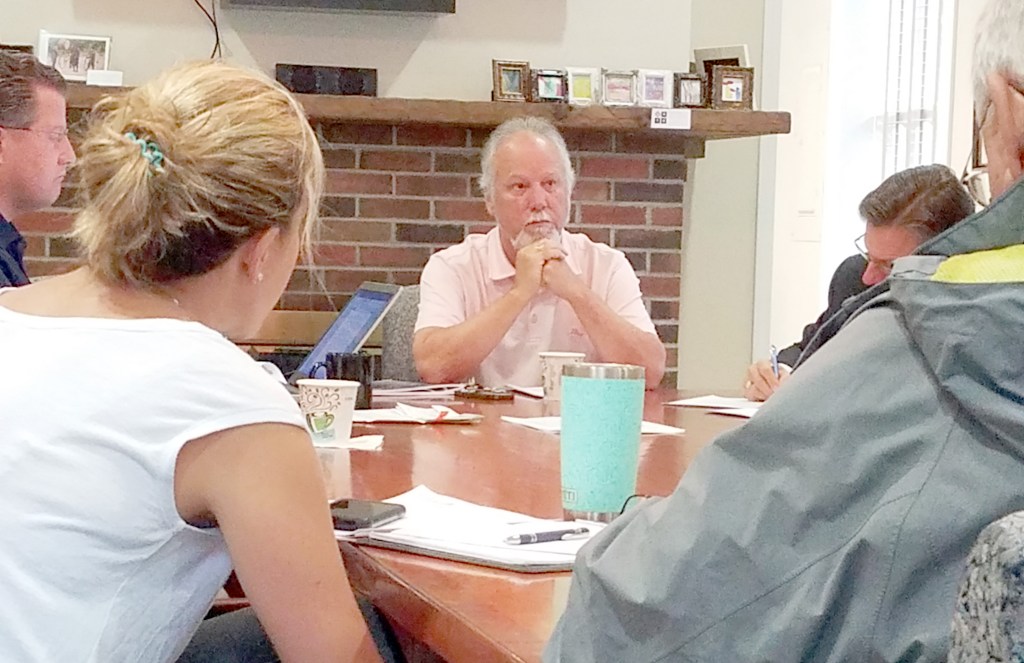 The search for a new second-in-command at the Danville-Boyle County Economic Development Partnership has “failed” according to members of the EDP Executive Committee.

EDP President Jody Lassiter said the EDP is now in a “cooling-down period” and he doesn’t want to start a search for a chief operating officer again until after Sept. 1.

Danville Mayor Mike Perros, a member of the Executive Committee, said the pool of candidates for the position was “shallow” and the two people the EDP did offer the job to turned it down.

Perros, who worked on the search committee for the position, said of the two who declined the position, “I’m not sure they would have risen to the level of expectation, honestly.” He explained he believes they viewed the position with a “job mindset” rather than an entrepreneurial mindset.

EDP Chair Ben Nelson disagreed with that assessment — he said both candidates were well-qualified.

“Each of these candidates brought something different to the table. They were going to be different from (former EDP Chief Operating Officer) Hal (Goode). And we all love Hal — we’re heart-broken he left,” he said. “But I was very comfortable with the two you selected.”

Nelson said in situations like this, “You declare it a failed search and the question is do you want to reopen it, and if you do, what are you going to do to get a different set of candidates?”

Nelson said the EDP board will have to consider whether the chief operating officer job description needs to be modified to attract different applicants. Waiting a period of time can also increase the chances of finding new applicants. Lassiter said he has a proposal for the board that would allow him to “downsize” the job description as necessary so more people would be qualified to do it.

Perros said he is on-board with changing course.

“We struck out twice,” he said. “It seems to me that continuing down that same path would not be fruitful.”

Nelson suggested the EDP could look to hire a different position also recommended by its long-term strategic plan — an economic development specialist.

Goode left his position with the EDP in May, after about eight months on the job. He took a job as executive director for the Central Kentucky Community Action Council, a non-profit serving eight counties to the west of Boyle.

After Goode left, Nelson said he hated to see him go. But “he had a very attractive financial offer and it puts him back in the state retirement system. … We’ve had a candidate that I think we were all pleased with defect after eight months for a better package; that’s what happened.”

Part of Goode’s job was to spearhead efforts to get more private donations to the EDP budget from local businesses. In January, Goode announced the EDP had surpassed its goal of $30,000 in new contributions and expected to exceed $40,000 by the end of the fiscal year.

After Goode left, the EDP board learned Lassiter had promised Goode a fundraising incentive — 10 percent of new EDP contributions — that was never approved by the board. That led to a spirited debate about the legalities of providing incentives when the EDP receives substantial public funding. Elected officials on the EDP board warned it could be illegal or even unconstitutional.

Goode withdrew his request for the incentive when he learned of the disagreements, according to Lassiter. But the EDP did vote to pay a legal firm up to $1,500 to look into questions about incentive pay and other issues of how it should operate as a public-private partnership.

On Wednesday, Nelson suggested the EDP may bear some responsibility for the failed search and the two job-offer refusals.

“There is some why-did-they-choose-not-to-join-the-team discussion that needs to happen,” he said.