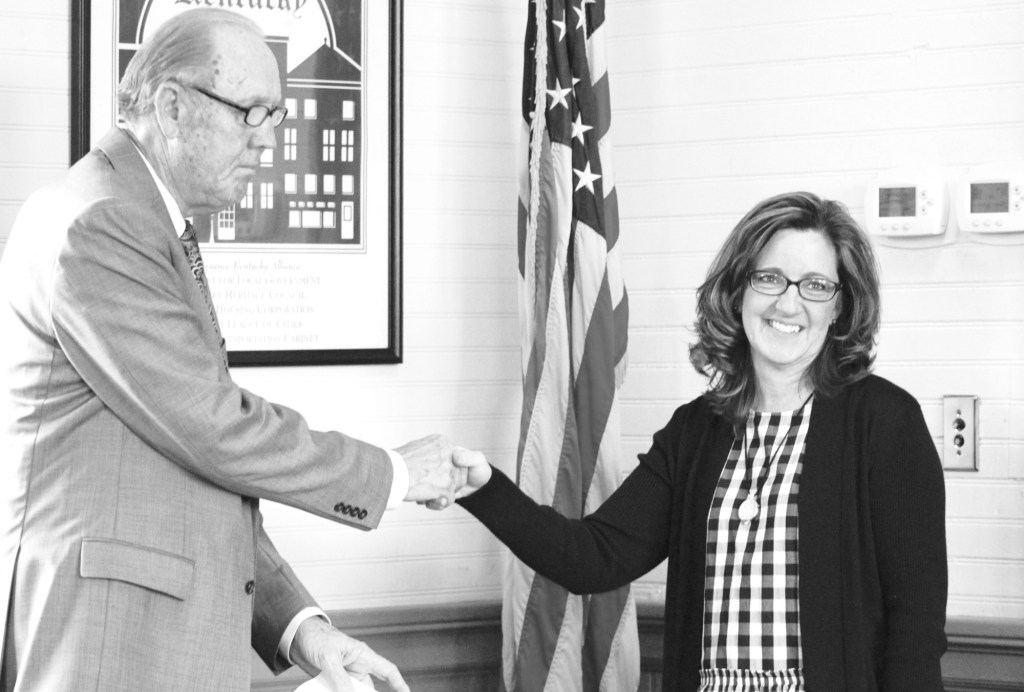 Photo by Abigail Whitehouse JONE ANDERSON is sworn in by Mayor Eddie Carter after being approved by city council members.

In the last few months, council members have expressed concern with having several part-time city clerks rather than one full-time person to fill the position

Before asking for council members to vote on the appointment, Carter spent a few minutes introducing Anderson and thanking the part-time city clerks who have worked for the city over the past few months.

Carter said Anderson recently completed training for the city clerk position through the Kentucky League of Cities and will be working closely with former part-time clerk Peggy Orberson and others over the next several weeks.

“I think she has a lot of support here to do a great job and she catches on really quick. She’s very good with computers and she’s good on emails. I’m really impressed with her,” Carter said.

Anderson comes to the city clerk position from Ephraim McDowell Health where she worked in administration, Carter said.

“I think it’ll be a pretty smooth transition,” he said.

Anderson was sworn in by the mayor following the council’s approval of her appointment.