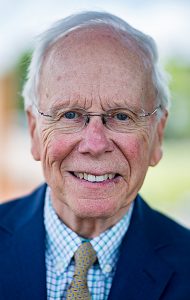 Americans are more unevenly decided than ever about same-sex marriage and more evenly divided than ever about whether cake shops should have to provide services to same sex couples. These are but two of the striking findings of a new poll by the Public Religion Research Institute conducted between June 27 and July 8 and made public on Aug. 2.

When we look back to the Masterpiece Cake Shop ruling by the Supreme Court, we should remember that Justice Kennedy’s support of the close decision depended on a very specific objection to the general denigration of religion in the plaintiff’s case.  The implication was that the decision would have been different otherwise.  Now Justice Kennedy has retired, and more such cases are sure to come.  What should we expect if the swing vote is that of probable future Justice Kavanaugh?

Support from those between the ages of 18 and 29 has reached 81 percent, while the level for those 65 and over is a slight majority of 51 percent. As has often been observed, time is apparently on the side of support for same-sex marriage.

Since immigration is a major bone of contention regarding the Trump presidency, with 71 percent of Americans in an earlier poll disapproving of the zero tolerance policy that led to separation of thousands of children from their parents (572 have still not been reunited), it is perhaps relevant to cite another recent poll done by Gallup June 1-13.

The central issue involved in President Trump’s imposition of the zero tolerance policy is whether asylum seekers are given “due process of law” as provided by the U.S. Constitution and not summarily turned away and separated from their children. In his own words, “When somebody comes in, we must immediately, with no judges or court cases, bring them back from where they came.”

The performance of the Trump administration in pursuit of the zero tolerance policy (which was later reversed due to the hue outcry it triggered) gave a new meaning to “cruel and unusual punishment.”  Separating children from their parents in this fashion, even if they are finally reunited (which in many cases is feared to be unlikely), has severe and lasting effects.

Numerous religious leaders have voiced their opposition. Pope Francis spoke up. Evangelical leader Franklin Graham, who had earlier called the election of President Trump an instance of divine intervention, spoke up. Many others did, too.

The most hard-hitting attacks, however, moved beyond mere condemnation of the policy, to Trump’s dehumanizing words about immigrants. He has called immigrants “animals,” and he suggests that they are like insects “infesting” our country. In light of the poll results and public outcry cited here, it is comforting to believe that he does not speak for the large majority of the American people.

One of the most telling criticisms that I have read came from one of my favorite political columnists, E. J. Dionne. His writings always get my attention, but these sentences struck me in particular:

“We cannot shy away from what history teaches. Pronouncing whole categories of people as subhuman numbs a nation’s moral sense and, in extreme but, unfortunately, too many cases, becomes a rationale for collective cruelty.”

He was writing (Washington Post, June 25) in reference to President Trump’s reference to Latino immigrants as animals.  In light of the policies and polling results above, I have nothing to add.