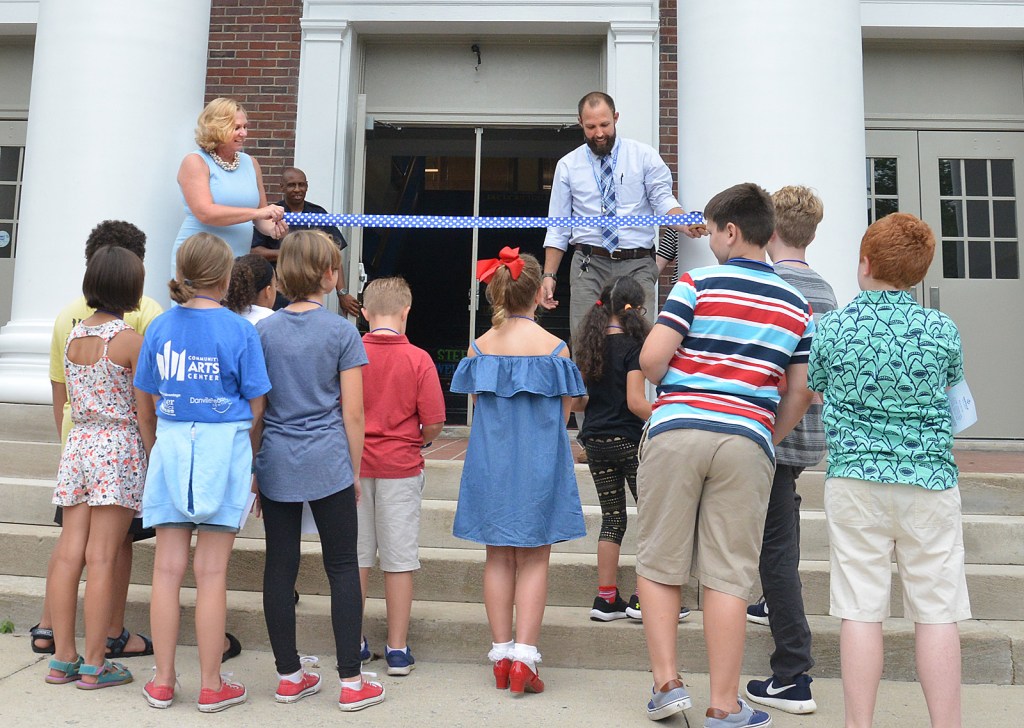 Instead of having a ribbon cutting following Edna T. Toliver Intermediate School's grand opening ceremony, several students who will be attending the school, were given the honor of breaking the ribbon and entering the school.

Speaking to the crowd on the front steps, new Danville Schools Superintendent Dr. Tammy Shelton said the community feels like “one big family.” She also feels humbled standing between the enormous iconic columns of the historic school building and thinking about all of the children who have passed through the front doors, she said.

Danville Police Chief Tony Gray said he was a member of the last sixth-grade class to graduate from Toliver in 1978 and he was proud to be a part of the ceremony.

Robin Kelly, who was principal at Jennie Rogers Elementary is now principle of the intermediate school, joked with Mayor Mike Perros, who had said earlier that because he was a graduate of Jennie Rogers, he felt that was the best elementary school. She said up until a few months ago, she would have agreed. But now Jennie Rogers students, as well as Mary G. Hogsett students will now be attending Toliver.

She also told the teachers, The power of your influence reaches way beyond these walls.”

This is the first school year for the district under a reorganized structure. Toliver Intermediate will be home to all students in the district from second through fifth grades.

Instead of having a ribbon cutting following Edna T. Toliver Intermediate School’s grand opening ceremony, several students who will be attending the school, were given the honor of breaking the ribbon and entering the school.