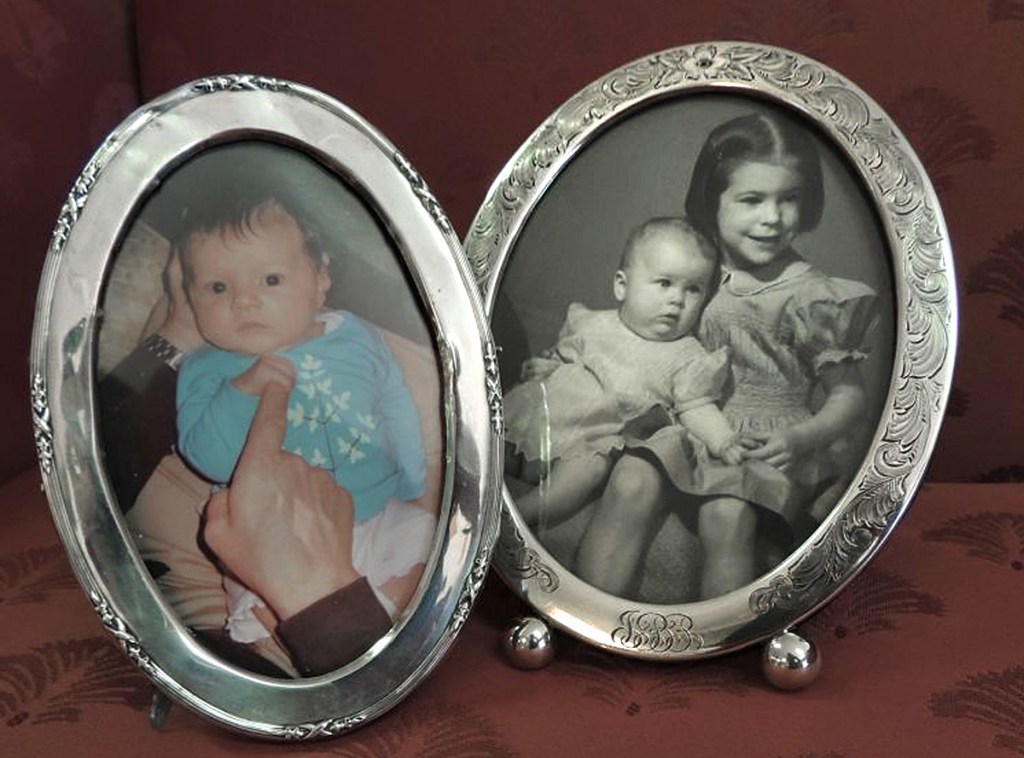 Question: Jerry, I like those Antiques Roadshow reruns where they show you what the item was worth when the show was taped and what it’s worth now, years later. It’s fun to guess whether the value will go up, down, or stay the same. The price changes can be a real eye opener about the fluctuating value of antiques.

I bought these two sterling silver picture frames 10 or 15 years ago in Lexington. I think I

paid around $100 for the larger one and $75 for the other. I was told that they are at least 100 years old. Both of them have wooden backs that have been repaired at some time. Are they still worth what I paid for them? Does the monogram on the larger frame affect its value?

Answer: You know, I think that sterling picture frames are like sterling julep cups, they never go out of style. You are right, value updates on Antiques Roadshow are eye-opening. You can really get a feel for the market, and I think it’s one of the best things that the show has done.

On to your frames. Sterling frames have been a standard of quality since the advent of what we call modern photography — say the 1870s, when photos were more durable and more accessible to the the middle classes. Some sterling picture frames can cost the world. However, there are some factors.

Makers like Tiffany & Co., Cartier and other exclusive jewelry or department stores can make 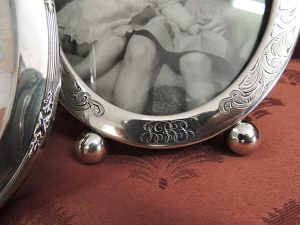 the prices shoot up. Elaborate Art Nouveau frames and Art Deco frames with high style can

stones or even inlaid with gold increase the value.

The frame on the left with the darling baby is English. It dates to after 1890, being its lacking in the sovereign or duty mark. This was abolished in 1890. It was made in Birmingham. But the maker’s mark is partly obscured and I could barely make it out. But, I did! It was made by Cornelius Saunders & Francis Shepard, who worked in Birmingham from the 1890s to the 1930s.

The second frame with the two children is American-made. This sterling frame was made by William B. Kerr & Co. of New Jersey. He worked from 1880-1927, when it was merged with Gorham manufacturing Company.

I love the old hand engraving on this one.

Monogramming is a really personal thing. I don’t mind it at all. I think if it was your great-grandmother’s, it wouldn’t necessarily have your initials on it. Some people go to great lengths to purchase monogram-free items or pay a lot to have them removed. I think that the old hand engraving is a dying art and is very much a part of the history of the piece. Good engraving does not increase nor detract from the value.

I think that for what you paid for them 10 years ago, you’re still holding your value. You paid a fair retail price for your good quality frames. If that one frame you paid $100 for was stamped Cartier, it would be double that or more today. Thanks for a great question.