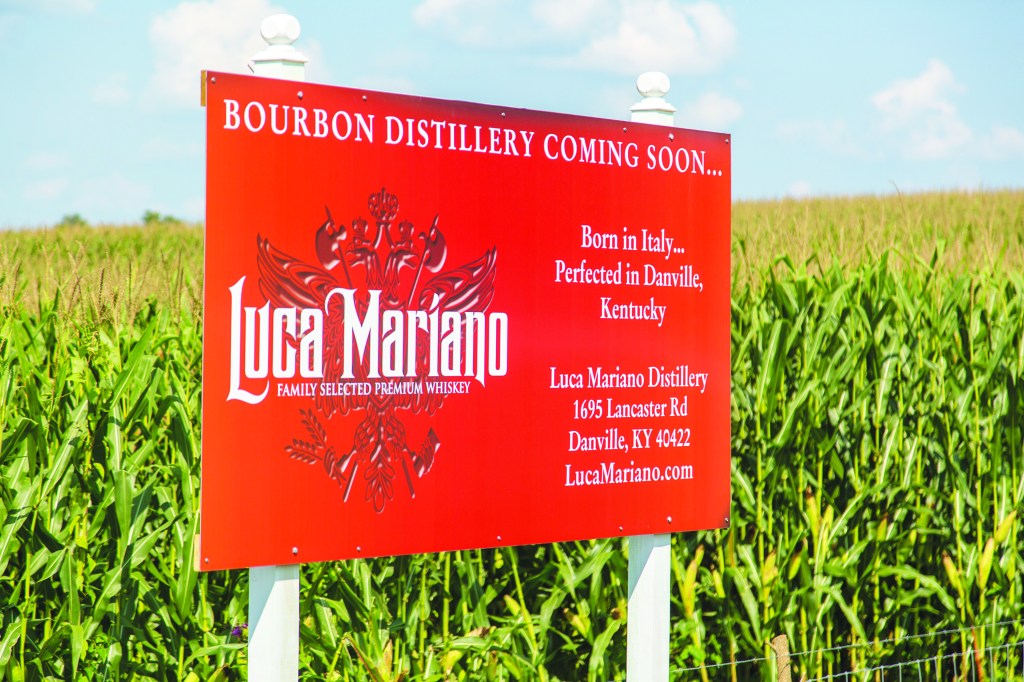 Photos by Ben Kleppinger/ben.kleppinger A sign along Ky. 52 on the east side of Danville announces the distillery plans to passing traffic.

Boyle County has attracted another distillery project, but approval of state incentives and a zone change are still needed to solidify the plans.

A bright red sign along Ky. 52 on the eastern outskirts of Danville now announces the plans for Luca Mariano Distillery. Francesco Viola, owner of the brand, said he has a 12-year plan that involves between $20 million and $50 million of investment in the 240-acre property.

The plan involves restoring the historic William Crow House that still stands on the farm to make it a visitors center, as well as rickhouses for storing whiskey barrels, a bottling facility, even a restaurant and cabins for overnight visits. “Those are the things we’ll be focusing on first,” Viola said, explaining he has already been distilling and aging Luca Mariano bourbon and rye whiskeys at Wilderness Trail Distillery on the other side of Danville, and intends to continue using that distillery for quite some time.

Viola hosted a private party on the property Saturday to announce his plans, featuring live music, a bounce house for kids, Wilderness Trail bourbon and a whole hog roast by local BBQ expert Mike Southerland. But there’s a caveat to the announcement, said Dan Campbell, the real estate agent who finalized the property purchase in 2017 and represents Viola and Luca Mariano Distillery locally. 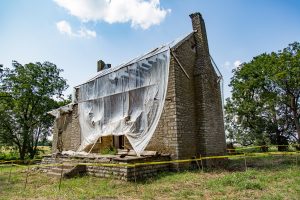 The historic William Crow House sits on a 240-acre property owned by Francesco Viola, who says he is planning to invest between $20 million and $50 million in a distillery project on the land.

“The purpose for the get-together was to make the announcement that the Luca Mariano Distillery is planning on coming here — contingent on incentives and zoning,” Campbell said. “… If we don’t include it in that context, the state of Kentucky looks at you as a business coming here and they say, ‘if you’re planning on coming anyway, you don’t need state incentive.’ Well, in this particular case, we’re looking for the state incentive because if it’s not here, then this group will move to either Tennessee or to Michigan.”

“Our intent is to make Danville our home,” Viola said. “It’s the perfect place for what we’re looking to do. And as long as we get everything worked out with Jody Lassiter (CEO of the Danville-Boyle County Economic Development Partnership) and the local government there, our intent is to be there.”

Lassiter said Tuesday the EDP has been working with Viola since May 2017 on the project.

“We warmly welcome the opportunity for Luca Mariano Distillery to potentially become the fourth distillery company established in Danville-Boyle County’s business community,” Lassiter said. “… (Viola’s) vision for the distillery project and his enthusiasm for our community are infectious. This project will not only add investment and jobs, it will also boost Danville’s tourism position on the Kentucky Bourbon Trail.”

Besides Wilderness Trail, Brazilian spirits producer AmBraBev has a distillery facility in Danville, and IJW Whiskey has begun building rickhouses on land adjacent to Wilderness Trail. 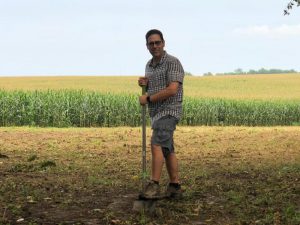 In order to show he’s serious about the project, Viola said he has already begun work on restoration of the William Crow House, a structure that is included on the National Register of Historic Places. Doors have been stabilized and the collapsed roof of the house has been removed and replaced with a temporary covering to prevent any further deterioration. Architects and designers have been through the structure to begin the process of figuring out how best to restore and renovate it, he said.

Viola said he’s excited about the possibilities for the future and hopeful that the remaining approvals can be obtained by the end of the year, so that construction could begin in early 2019.

“For the project to become a reality, we first must assist Luca Mariano to successfully clear a few hurdles,” Lassiter acknowledged. “This project is contingent upon the company’s application for, and preliminary approval of state incentives. It also requires rezoning of part or all of the targeted farm property for distilling, warehousing and bottling operations. We look forward to continuing our work with Francesco and his team.”