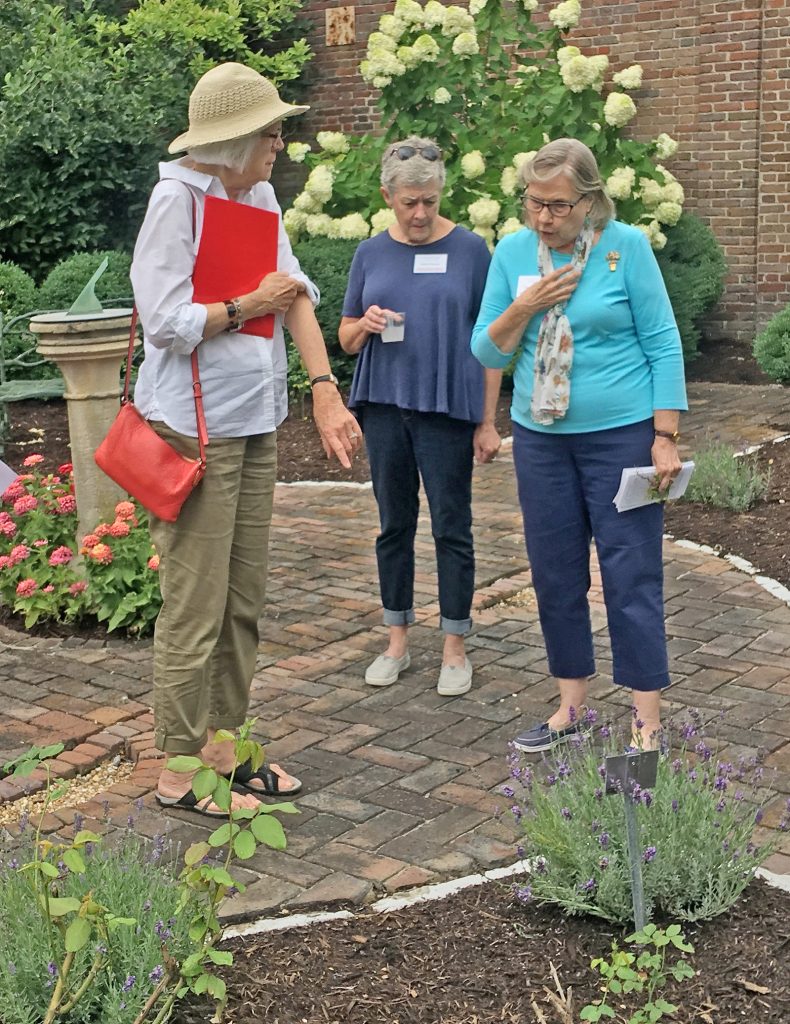 The Garden Club of Danville met in August for a tour of the formal garden at the Ephraim McDowell House. Club member and McDowell House Garden Manager Linda Porter led members through the garden after explaining its history. The garden was installed in 1820 by Dr. McDowell for his wife, Sarah Shelby McDowell. The pattern is a Celtic cross and circle, said to represent life after death. The garden was restored from 2009 to 2011, with the installation of period-appropriate plants, including replacement boxwoods, hydrangeas, dogwoods, irises and peonies. The latest addition is a kitchen herb garden typical of the early 19th century. The Apothecary Garden on the opposite side of the house has been maintained for years by the Garden Club of Danville.