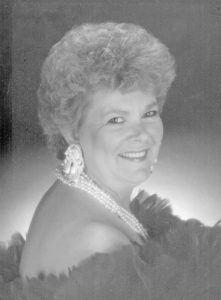 She was born in Junction City on May 24, 1942, to the late Forrest T. and Vina Lillian Rice Mobley. Carole was a graduate of Junction City High School. She attended Southern Avenue Baptist Church. Carole retired from Ephraim where she worked in Environmental Services and was previously employed as a seamstress at Palm Beach. She was one of a kind. Carole was always smiling, loved her family and enjoyed life.

In addition to her parents, she is predeceased by three sisters, Mary Shelton, Dorothy Nilson, Peggy Shearer; and one brother, Harold Mobley.