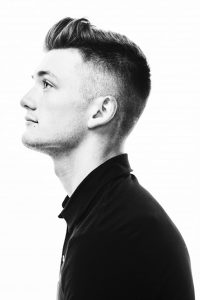 Photo submitted
Josh Hutcherson, a musician from Wilmore, will be playing infront of the Boyle County Courthouse tonight. (Thursday, Aug. 16)

Due to this week’s weather forecast, the Main Street Live party will return at 6 p.m. Thursday, Aug. 23 in Weisiger Park, in front of Boyle County Courthouse, with Jonathan Hutcherson — a singer and songwriter from Wilmore. His music is described as Christian, blues and country.

Food and beer will be sold, and this month’s non-profit partner will be the Great American Brass Band Festival, which will have representatives on site collecting donations and letting the public know what the organization has going on. The event is until 9 p.m.

About Jonathan Hutcherson: Hutcherson is a 19-year-old from Wilmore, and one of his favorite things to do is lead worship at church. He’s been doing that since he was 13, and has played piano for six years as well as taught himself to play guitar.

He’s the oldest of four boys and love spending time with his family. Jonathan auditioned for the TV show “The Voice” and earned the coveted “last chair turn” while on Team Pharrell. His time on the show was a once-in-a-lifetime experience he says he will never forget.

Hutcherson is also planning to release his first self-titled EP in the very near future. He now resides in Nashville, where he’s pursuing his passion for music and songwriting.