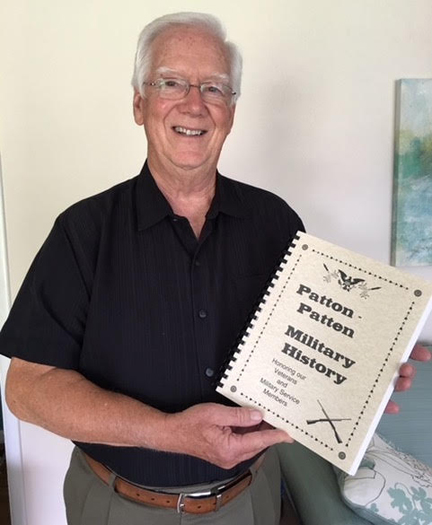 Photo by Brenda S. Edwards Paul Patton of Somerset is shown with a new book containing information about people in his family who have served in the military during war times.

A new book, “Patton-Patten Military History” has been compiled and published to honor Patton veterans of all wars and their military service.

Paul W. Patton, a native of Casey County, has been interested in his family military history. Members of his family served during war times since the American Revolutionary War (1775-1783). He compiled the book with the assistance of Charlene Kelley.

Although Patton was very young, he recalls the sadness in the family over the death of his cousin, Americus “Merical” Pendleton, who was killed in action while serving in World War II.

Through his research, Patton has compiled more information about his military ancestors. 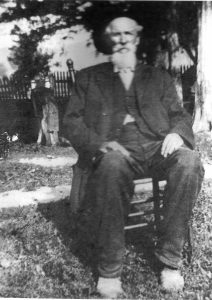 Photo contributed John H. Patton was a Civil War soldier and a namesake for the Patten-Patton family reunion.

“All my great-grandfathers served in the Union Army during the Civil War,” Patton said.

The book contains more than 100 names of servicemen related to the Patton family along with their military records. Photos accompany many of the listings.

The book is dedicated to John H. Patton, a Civil War soldier, a patriot, preacher, husband, father and grandfather from whom the Patten-Patton family reunion is named.

He was 5 feet, 11 inches tall, and had a fair complexion and blue eyes.

He was in five battles in Virginia, Kentucky and Tennessee.

Five Revolutionary War servicemen with descendants in the Patton family are: Benjamin Allen, who served as corporal in the Seventh Virginia Regiment; Andrew Beaty and George Helm, who were privates and riflemen; Joseph Patton, private; and Thomas Tipton, sergeant.

Private Robert Allen was a bugle-player and Warren Beaty was a private in the War of 1812.

The book lists 11 Patton ancestors in the Union Army during the Civil War.

Three servicemen in the Patton family are on active duty and three others who served have been discharged.

Patton dedicates the book to all those who have served this country and said he appreciates all the people who contributed information for the book.

From our files, August 18