Danville school board will hold hearing on property tax rate 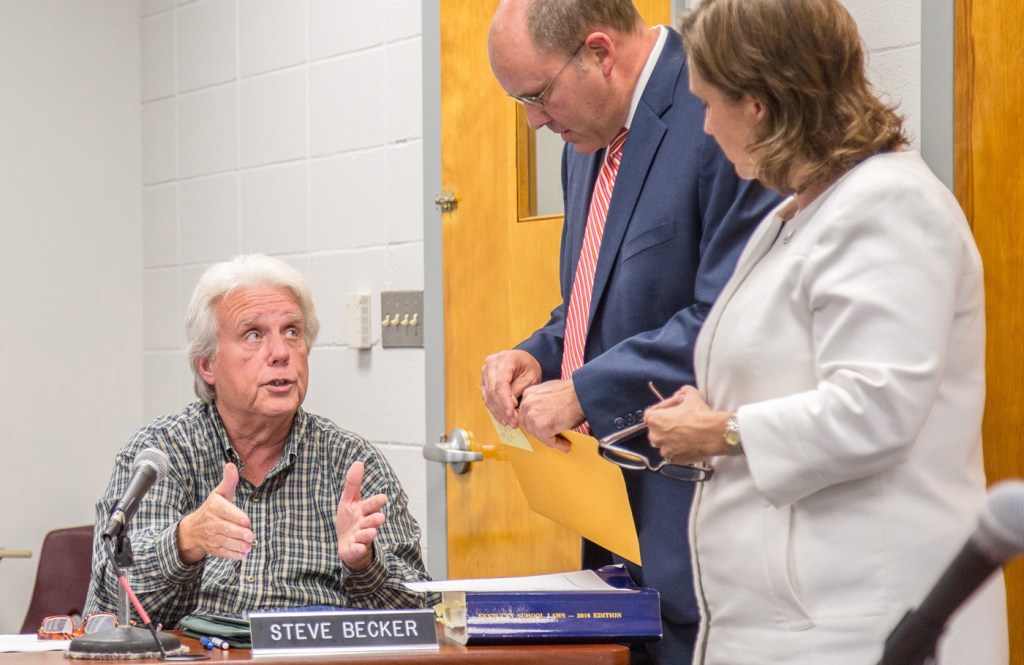 The Danville Board of Education plans to consider whether to raise property taxes during a public hearing in early September, but at least two board members have said they are against an increase.

Board member Steve Becker said the district has a healthy carryover of more than $4 million this year.

“I know we have lots of projects coming up, but when anybody or any organization can carry over $4 million, and then we’re going to come back and ask our taxpayers to pay more money, I just can’t do that,” Becker said during a discussion on the tax rate Monday night. “I think we’re OK where we are and we always have the option next year to do a raise. It would be different if our carryover was $2 million. But when we’re carrying $4 million, I can’t justify it to the public that we’re going to ask for a tax increase. That’s just where I stand.”

Becker said at the most, he might agree with taking the compensating rate — a rate that is projected to bring in similar revenue to the previous year — and “exonerations” allowed by the state of an additional half-cent on every $100 of property value.

The board agreed Monday to advertise and hold a public hearing on its property tax rates, which would allow it to increase revenues by up to 4 percent without the possibility of a voter recall. However, the board could also elect to increase revenues by a smaller amount; keep the rates the same; or take the compensating rate with or without exonerations.

The board hopes to hold the public hearing during the first week of September.

Danville taxed real estate property owners in the school district 94.5 cents for every $100 of property value last year. That means a homeowner with a $100,000 home paid $945 in school property taxes.

The compensating rate this year would actually be lower — 94.1 cents per $100 of value. That’s because total assessed property value in the district went up by about $10 million, Finance Officer Paul Dean said.

If the board took the compensating rate plus the .5 exonerations, the rate would be 94.6 cents, representing a $1 increase for the property owner with a $100,000 home, according to a tax rate worksheet prepared by Dean.

Board of Education Chair Paige Matthews said she is “in the same boat as Steve (Becker)” and doesn’t want to increase the tax rates.

“If our carryover wasn’t so high, I think it would be a little easier to do,” Matthews said.

Superintendent Tammy Shelton said the carryover is healthy for a district the size of Danville, but there are some concerns about the health of the district’s finances long-term if the board doesn’t increase taxes.

One problem is that state funding continues to decrease. And the district already spent more than it brought in to the general fund last year, she said.

“Our general fund this year actually is starting about $250,000 less than last year. … If you did that this year, what does next year and the year after look like?” Shelton said. “… Yes, currently, as of today, we are in a very good spot. But over the next 12-24 months, we actually are not going to be in a good spot.”

Finance Officer Paul Dean noted a planned softball field project in the district is expected to decrease the general fund by $300,000 beyond any already expected decreases. And there are appeals concerning the valuation of the Wassau Paper plant that, once they go through, could cost the district “another couple hundred thousand dollars,” he said.

Becker said he understands all the challenges mentioned by Shelton and Dean.

“I agree with all you’ve said but I still can’t in my heart ask taxpayers to pay more money,” Becker said.

“I’m torn. I still see both sides,” board member Lori Finke said. “I want to do everything we want to do and I don’t want to suddenly say next year, have to do 4 percent when we could do a little bit this year. … Then I agree with Steve on the carryover.”

Board member Susan Matherly said 4-percent would be a “huge jump” and she would rather avoid that in favor of smaller steps.

Finke said if she did decide to support any increase, it would be 2 percent and not 4 percent.

“I really think we can hold off one more year,” Becker said. “That’s just my opinion.”