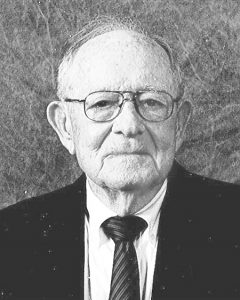 Born April 1, 1922, in Crescent City, Illinois, he was the son of the late Roscoe and Fleetie (Kays) Camic. He was a graduate of the former Fairview High School in Mercer County, attended Eastern Kentucky University and the University of Kentucky where he majored in Agriculture. Roy enlisted into the United States Army where he served over three years during World War II in Guadalcanal, New Britain, New Guinea and the Philippines where he was awarded a battlefield commission. During his active service in the US Army, he was awarded a Purple Heart, Bronze Star and Silver Star. During the Korean War, he served in the 108th Infantry Regiment of the 40th Infantry Division as a platoon leader. After his active service in the US Army he continued his faithful military service by providing a total of twenty-two years both in active and reserve components and was promoted to the rank of Major. He then became commander of the 535th MP Battalion of the Army Reserve in Louisville, KY. Highlighting his military career, in 1966 during a special ceremony in Louisville, Major Camic was presented a Certificate of Appreciation for his time served in the military.

During his civilian life while still committing part time service to the US Army reserves, he began his teaching career at Nelson County High School, followed by being hired as a principal at Bardstown, Georgetown, Mercer County, Harrodsburg, and finally at Boyle County High School in 1963. Then on July 1, 1970 he was hired as the superintendent of the Boyle County School District where he remained until his retirement. During his military career and educational career at home, he was also very active as a farmer. He was a member of the Kiwanis Club, Shriners, a Mason, President of the Secondary Principals of the Central Kentucky Education Association, Past President of the Kentucky Agriculture Teacher’s Association and was a member of the Lexington Avenue Baptist Church in Danville where he also served as a Deacon.

Other than his wife and parents, Roy was preceded in death by three sisters, Julia Graham, Marie Ellis, and Myldred Sims; also by three brothers, Morris Camic, J.T. Camic and Eugene Camic.

Funeral services will be conducted at 10:00 a.m. on Friday, August 24, 2018 at the Lexington Avenue Baptist Church by Bro. Bob Baker. Visitation will be at the church on Thursday, August 23, 2018 from 4:00 p.m. until 8:00 p.m. and on Friday at the church from 9:00 a.m. until the time of service. Burial with military honors will follow in the Springhill Cemetery Pavilion in Harrodsburg.

Memorial contributions may be made to: The Lexington Avenue Baptist Church, 339 West Lexington Street, Danville, KY 40422 in memory of Roy R. Camic.

Expressions of sympathy may be sent to the family at www.simsfuneralservices.com.