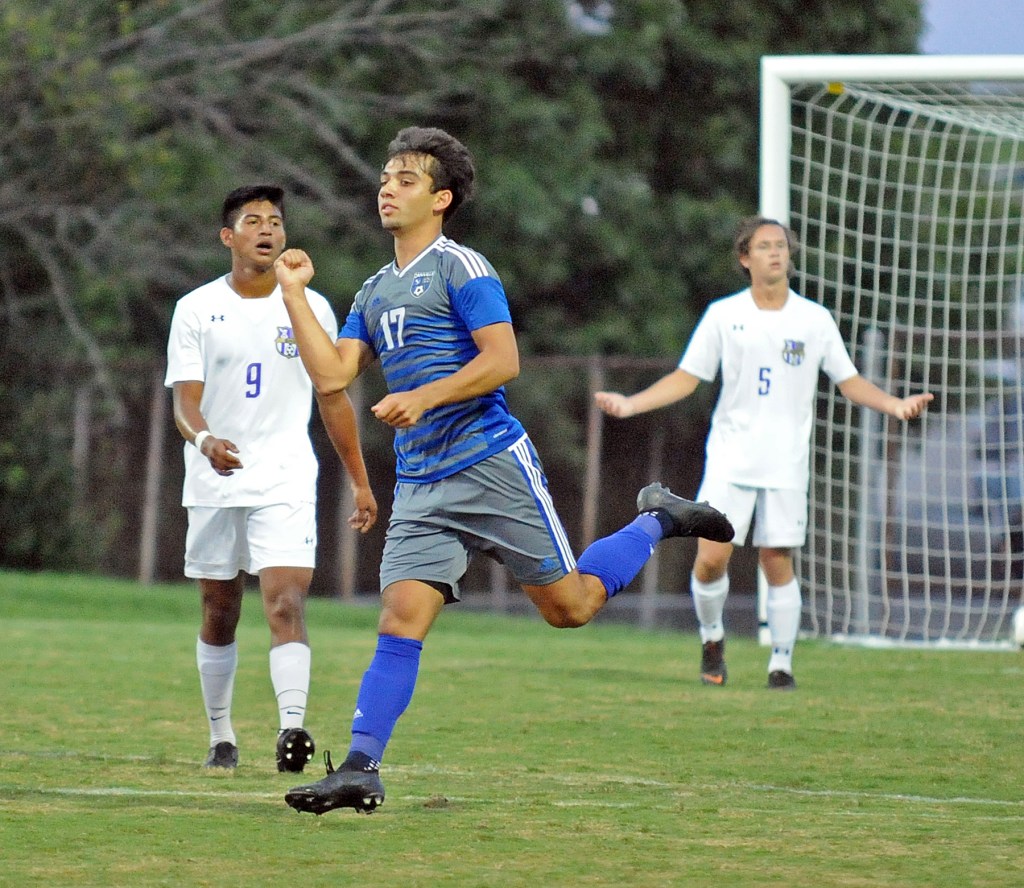 Senior Nathan Hazlett scored the only goal of the game as the Admirals beat Somerset 1-0 to advance to the All-A state tournament.

“Somerset has been winning the past several meetings,” Danville head coach Brent Beauman said. “Steve (Wallace) does a great job getting his guys pumped up and ready to play. We knew it was going to be a tough game.”

The game was as anticipated from the start: The Admirals used their technical skills to possess the ball, while Somerset used long passes in attempt to overwhelm Danville with its athleticism.

But Danville wouldn’t be overwhelmed.

It was the Admirals who had a majority of chances in the first half, capped by Hazlett’s goal in the middle of the first half. Angel Alavez played the ball back to Hazlett at the top of the box, and Hazlett weaved through Somerset defenders and left the keeper standing with a low driven shot to the bottom right corner.

Danville continued to get chances in the first half and had Somerset pinned back in its own half for much of the first 40 minutes. But the Admirals couldn’t extend their lead.

“Past games, scrimmages, we’ve been doing everything except getting that last pass to get a good, quality shot,” Beauman said. “We’re still wanting to hold in the box when we should take a shot. We are dribbling too much or turning the wrong way.

“This is a different year for coaching: Usually you’re trying to move a team feet, yards, miles. This team, I just need them to move inches. They’re so close. If they make these small little tweaks they’re going to be so much better, so much more efficient. Right now it’s really good, they’re technical, but just get some good sandpaper and smooth out some rough edges and they’ll be really, really good.”

The win moves Danville to 3-0 on the season and it’s the second win for the Admirals in region play.

It’s the first time that Danville has beaten Somerset in the All-A tournament since 2014. The Ads have 11 All-A region titles since 2001.

Beauman credited his team for taking a step forward Thursday night and said he can see his team’s maturation from previous years.

“They do a really good job, you can tell they have maturity. Instead of freshman and sophomores, we have juniors and seniors,” he said. “They are absorbing the contact, they’re giving contact. They do a good job managing the psychological part of the game. They’re not thrown off when another team plays rough.”