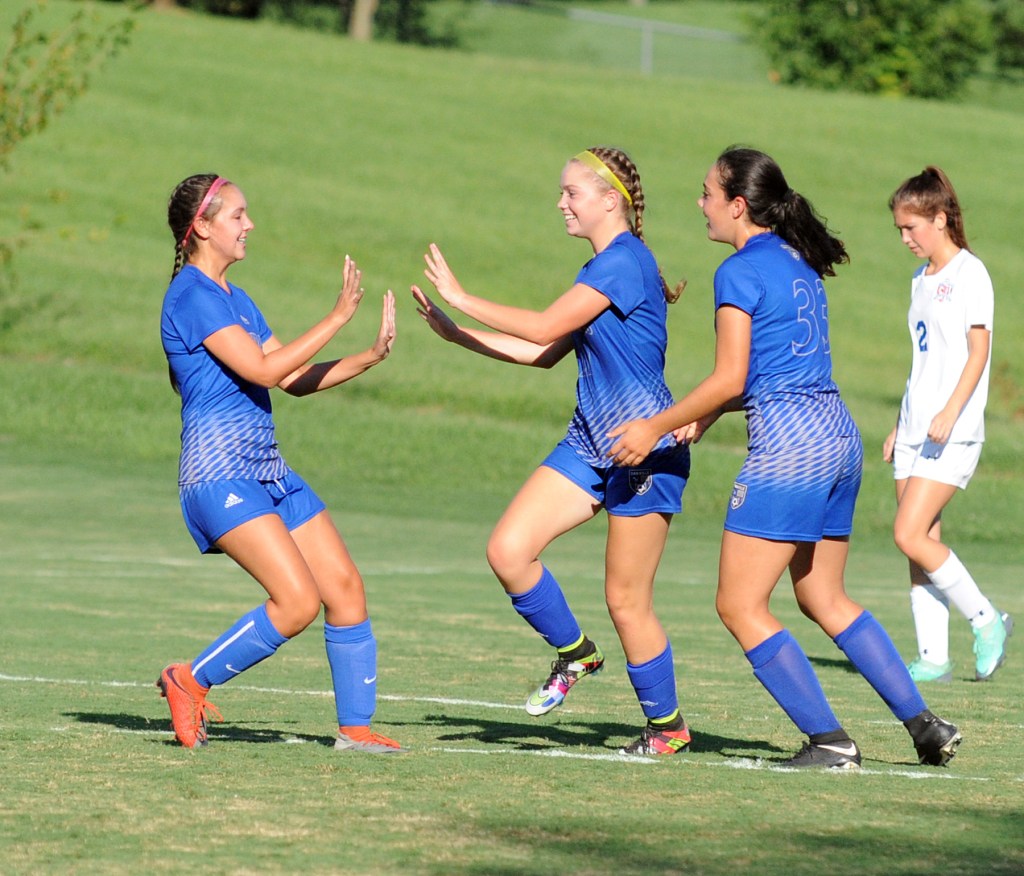 Danville’s defense was the star in its first two games of the season.

On Thursday against Southwestern, it was Lara Akers in attack.

Akers scored a hat trick in the Admirals’ 3-0 victory against the Warriors, the first three goals of the young season for Danville.

“Lara had a really good game,” head coach JD Smith said. “We’ve been working a lot on just being more efficient. It’s not a situation where we need 10-15 attempts, we just need to make the ones we get count. She did that today, she was really efficient. She didn’t have an overabundance of shots, but the ones she had, she made. And that’s great.”

Danville lost its first two games of the season 1-0 — against Mercer County and No. 3 Tates Creek.

But Thursday, without senior center back Kailyn Wilcher, the Admirals made it work against an undefeated region opponent.

Ella McKinney entered the defensive line, as did freshman Natalie Fieberg. Kaela Welch moved from her full back position to center back. Senior keeper Grace Gaffney was her typical self patrolling the net.

Smith said he was happy with the way all four played on Thursday.

“I think defensively, it was another good performance,” Smith said. “We’ve had good defensive performances all year with Grace in the back line. Without Kaylin too, we had Ella coming back from an injury, she toughed it out that second half. Freshman Natalie Fieberg, she filled in for Ella, then you’ve got Kayla sliding over to center back and she made it her own and took care of it. She played it her own way, and she was successful. I like that.”

Danville’s victory is ahead of a brutal week to end August: Somerset will visit Reynolds Field on Monday in the All-A tournament, followed by a trip to Garrard County on Tuesday, then Boyle County visits on Thursday.