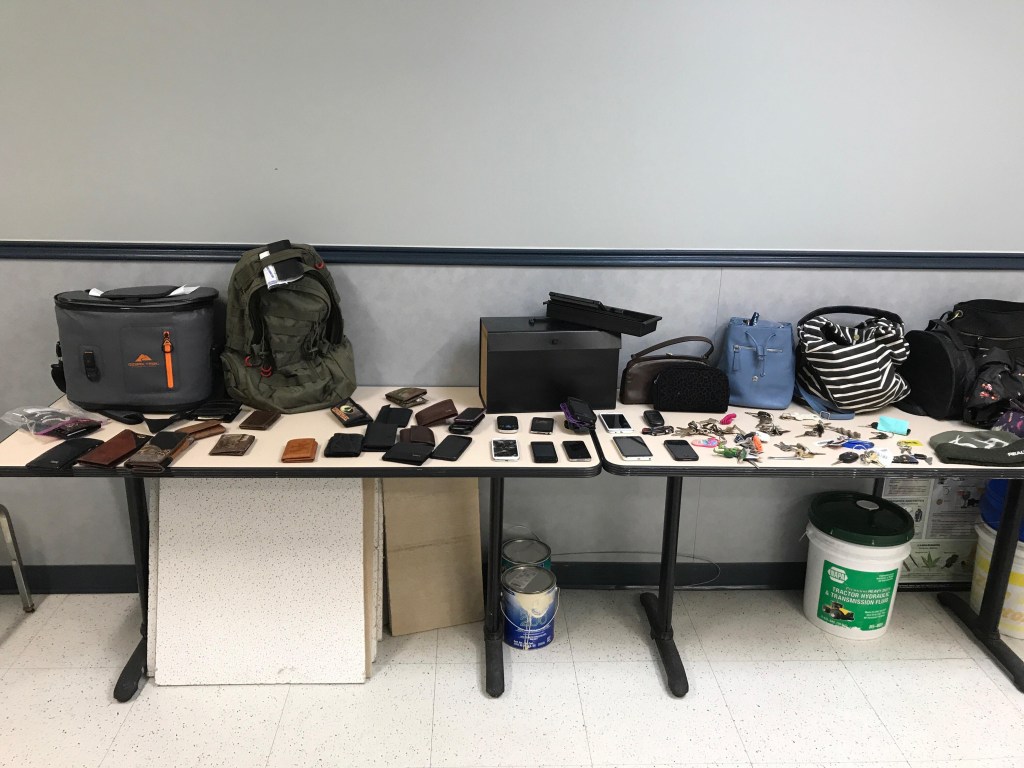 (Photo courtesy of Danville Police Department) A table of items turned in by "good Samaritans" at the police department inside city hall consists of several wallets, cell phones, many keys, purses and various types of bags. Those who show up to claim an item must be able to explain their contents or show an ID matching that in the wallets.

Chief Tony Gray says it’s amazing how many items have been turned into the police department that have been found on the streets of Danville. There are wallets, cell phones, keys, purses and backpacks — some found as long as nine months ago — just sitting there.

To try to get more of those lost things returned, Officer Hobie Daugherty decided to create a list to circulate to media outlets of the personal belongings the Danville Police Department has been put a name with.

No — it’s not a phishing scheme to get people with warrants in to arrest them, Chief Gray says. He laughs, then says, “You wouldn’t believe the amount of people who have called in, asking that.”

Some have been found in parking lots, Gray says. A purse was left in a grocery basket; a backpack was found at a Boyle County football game …

“We probably get someone bringing in lost items at least once a week — no joke,” he says. “Just found and picked up somewhere in the streets of Danville.”

The list has been circulated on social media. It’s split into two categories: wallets and other items.

“They can’t come in and just say, ‘that green wallet is mine,’” he says. “We ask them questions about what’s in it, and they need to be able to identify contents and bring identification with them.”

Many of the wallets have bank or social security cards inside them, he says. Most of the time, the items are dropped off with the department’s records clerk.

“We are giving people through the month of September,” Gray says. But come Oct. 1, “We’re going to throw it away or put it in the auction surplus for the city.”

If you see your name on the list, you are asked to go the Danville Police Department in city hall to claim your item.