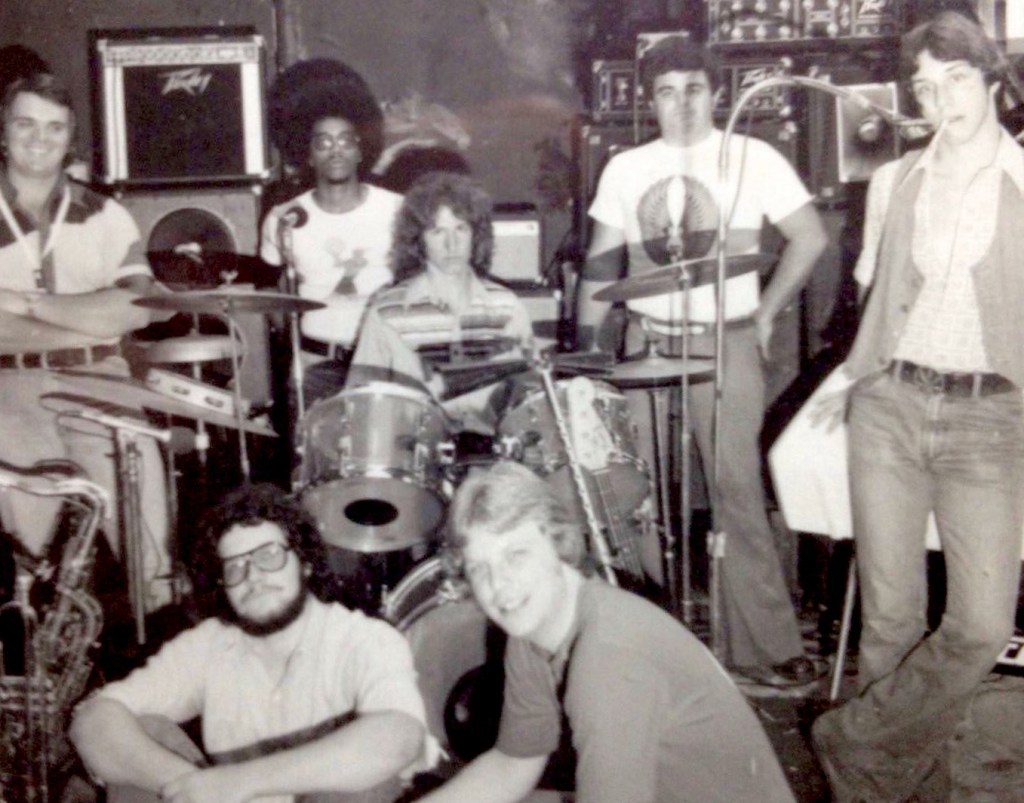 Photo contributed The band PowerPlay is seen, circa 1975. Bill Bandy, seen far right in the front row, accepted the position of GABBF director, and has a long history with many in Danville. The band is, from left: back row, David Parker, Ralph Smith, Eben Henson, Barry Harmon and John Clark; front row, Pat Morley and Bandy. The band was reunited a few years back after Bandy attended his first festival.

A familiar face to many will take over at the helm of the Great American Brass Band Festival: Bill Bandy. He’s a 1973 graduate of Danville High School.

“He spent countless hours playing trombone there in the band, under the leadership of Bill Gravely,” GABBF Board Chair Bruce Richardson said. He’s a familiar face to many local musicians and concert-goers in the area, he said.

Bandy will replace Robin Cooper, who left recently to return to banking. She headed up her first festival this year, and will continue to serve on the board of directors and assist with the transition to Bandy. 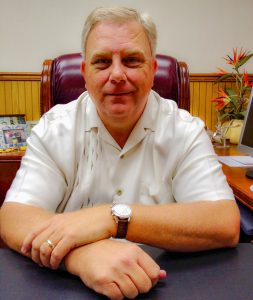 Richardson led the search for the new director.

“We were delighted to receive 22 applications from five states for the position,” Richardson said. He said “Bill’s resumé rose to the top because of his knowledge of the community and his years of experience in management. Plus, his musical knowledge will certainly come in handy.”

After years of serving in the corporate world, mainly in directing pharmacy operations for Begley, CVS and Southeastern Grocers, Bandy retired last year and returned to his hometown. He will begin his new role Sept. 4.

“Well, I was born and raised in Danville,” Bandy says from the GABBF office Thursday morning, after having just wrapped up a meeting with Cooper.

“During middle school at Bate, at Danville High School and years after, I played in various different rock bands, developed lifelong friendships,” Bandy says. One of those is PowerPlay, a band he formed in the ‘70s with Eben Henson, Barry Harmon, Pat Morley and John Clark.

Bandy moved out of Danville in ‘84, and hadn’t come back much except to visit family. In 2015, he attended his very first GABBF, and got together with his past bandmates. On Saturday morning during that year’s festival, he played in The Advocate Brass Band with Henson, who “has been a fixture” in the band, and PowerPlay went on to play a few venues around town that year.

“We got the original members back together and played at Brothers, and the crowds were great. We did it again the next year, they played a few dates the rest of the year,” Bandy says. “So it was the festival that got me back together with my bandmates.”

Now that he’s retired and moved back to Danville, Bandy said he had two criteria for his next endeavor: “I wanted to do something I’m really passionate about, and with people whose life passion is the same as mine. This opportunity came up,” Bandy said. “Sounds like it meets both of my criteria.” He saw who was on the GABBF board — many people he’s known his entire life, he said. A perfect fit.

As far as jumping into the executive director shoes, Bandy said his first concern is continuing to make sure patrons and visitors who come get a world-class experience.

“My job is doing that from a behind-the-scenes standpoint.” Bandy says he just moved away from having Disney World in his backyard, almost literally.

“I lived in Orlando, Florida. Disney World is so close, in the backyard I could see the fireworks every night. I want to bring that kind of magical experience to the festival.”

Although, Bandy said from what he’s seen thus far, the festival is doing a wonderful job.

“It’s too soon to talk about changing anything. I just want to make sure everyone gets what they need and is well taken care of.”