The position is vacant again due to the termination of Amy Vonlinger on Aug. 6. She was hired in October to replace Bill Chance, who had trained with the 27-year city clerk veteran Followell, but he resigned from the city not long after the first council meeting he attended.

City officials would only say Vonlinger was not a good fit for the position.

Followell will not be reinstated as clerk, Mayor Anne Sleet clarified after the meeting. She will only be responsible for payroll, bills and deposits. “Any of the financial responsibilities as a clerk, but she won’t be sworn in to do other duties,” Sleet said.

During Tuesday’s meeting, Sleet said she had candidates interested in the job, but hadn’t had time to interview anyone and it would be next week before she got to them.

City Attorney Winfield Frankel told the council it could go into executive session to discuss the open position because it “might allow for more freedom to discuss this topic.”

He cited the legal statute of exceptions to open meetings, which says the council can “do so if it leads to discussions or hearings that might lead to the appointment, discipline, dismissal of an individual employee … without respecting that employee’s right to a public hearing if requested …” Sleet asked if Followell, who was present, could sit in on the executive session with the council. City council member Julie Clay said she thought it was a good idea, so she could answer any questions they had regarding the position.

Once the council came back in public session, Sleet made an announcement. 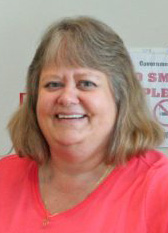 “As you know, we don’t have a city clerk now. And Mona is our retired city clerk, and we’ve got some stuff that needs to be done,” Sleet said, and made comments referencing “a mess” and there were “bad conditions” that needed to be cleaned up.

When asked after the meeting what Sleet was referring to in her comments, she would only say, “Things need to be — we need to get things back on track before we hire anyone. We have to make sure every ‘t’ is crossed and every ‘i’ is dotted,” Sleet said.

Followell was approved by the council to be paid $25 an hour. During the meeting, council member Clay said in comparison, a CPA was contacted to get hourly quotes on someone to help fill the position, and they were told it would be $50 an hour.

“You know what?” Sleet said later, via phone. “I feel good about Mona coming back and helping us out, until we get somebody. She’s been in here for 27 years and she knows every in and out of the office. She’s really good at what she does, really efficient. It’ll be ‘right — or else’ with her. I’d recommend her to work for anybody.”

The council found itself scrambling a bit over its expiring 3-year garbage contract with Republic Services. The contract expires Sept. 1, and still needs to be bid out.

“Really, we’re late with that,” Sleet said. The current contract through Republic is $3,440.40 per month.

Council member Paul Webb made a motion to use the current contract as a bid, with new dates included, and for the mayor to be authorized to accept the lowest proposal, which was passed unanimously.