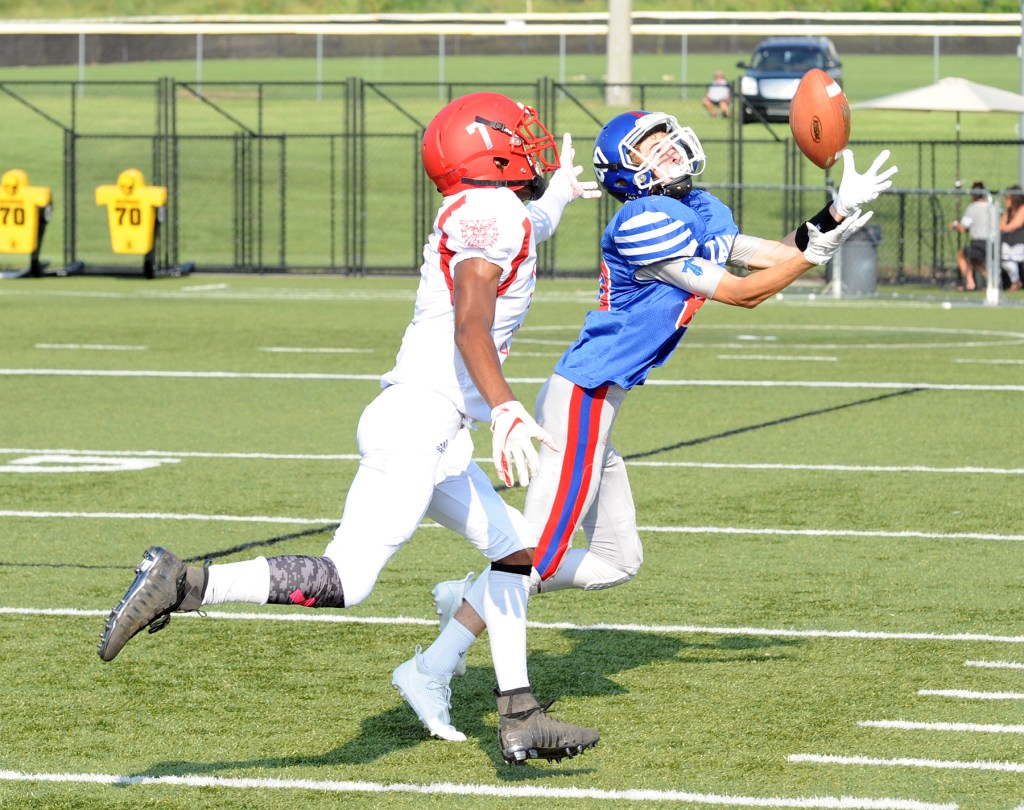 For three quarters, Mercer County and Waggener were in a battle.

But the Wildcats pulled away late in the game to take a 34-14 victory over the Titans in the first game of the 2018 Rebel Bowl at Boyle County.

Mercer County opened the scoring on its first drive of the game, a 28-yard pass from Kaelin Drakeford to Jon Jon Logue, to put Mercer ahead 7-0.

It didn’t take long for Waggener to score. Less than three minutes later, Brandon Jones scored on a 30-yard run to tie the game.

The score was tied 7-7 after one quarter.

Bryson Yeast would intercept a pass on Waggener’s next drive, setting up a 27-yard field goal attempt for the Titans.

But the kick would be blocked and returned for a touchdown, flipping momentum toward the Wildcats.

Waggener would add another touchdown thanks to Jones, who scored on a 65-yard scamper to put his team ahead 20-7 at halftime.

But the Titans would respond quickly thanks to a 75-yard run by Malachi Yulee, straight through the Waggener defense. It was 20-14, but just 61 seconds later the Wildcats extended their lead to 27-14.

Mercer’s offense couldn’t get rolling in the second half while Waggener added one more score in the fourth quarter to put the game away.