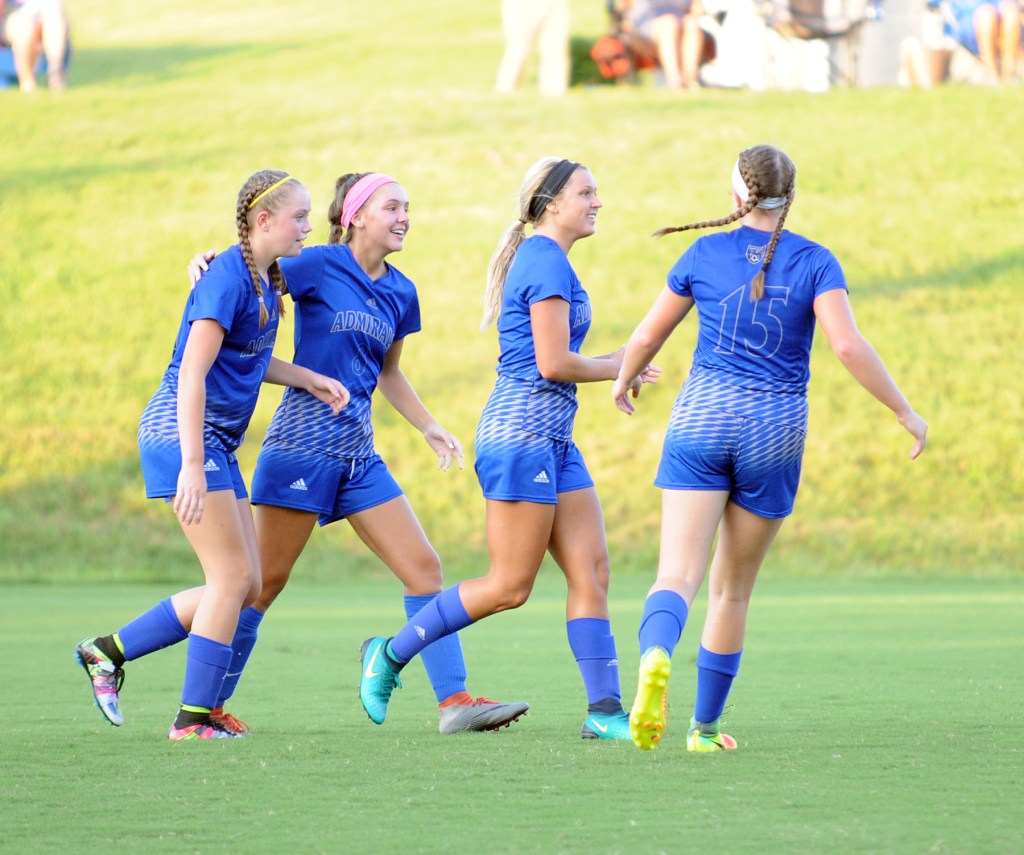 Danville’s streak of All-A regional titles was in jeopardy against Somerset on Monday.

The Briar Jumpers entered with a perfect 4-0 record and 28 goals across those games, but the Admirals proved up to the task.

Goals from Kailyn Wilcher and Zoe Gooch were enough to push Danville past Somerset 2-1 after an opening goal from Somerset’s Audrey Anderson.

“She strikes the ball well with both feet, she’s a part of a much-improved Somerset team,” Danville head coach JD Smith said. “They’re extremely organized, they’ve got some dangerous players. If you’re not careful, they’ll get you. They scored the first goal of the game because we were being lazy, just waiting for things to happen around us instead of going out and making them happen.”

Anderson’s goal was in the 36th minute after a sluggish first half by both teams.

But Danville was quick to respond: Not three minutes later, Wilcher scored from midfield on a free kick that bounced in the box and over the Somerset goalkeeper for a goal.

“We didn’t come out the way I would’ve wanted us to,” Smith said. “We were a little slow, and they got one on us. I really think that was a bit of a wake-up call. Then you get Kailyn scoring from midfield, that is always helpful when you’re not playing your best.”

In the second half, play was more physical and the Admirals were again up to the task. Danville owned most of the ball and capitalized with a goal in the 21st minute.

“Zoe and Lara up top put themselves in good positions,” Smith said. “They didn’t give up on a play and that gave us the game winner.”

Smith said he still expects more energy from his team, and that’s what he talked about at halftime.

“We talked about how we had to have more energy, had to be aggressive toward the ball,” he said. “We talked a little bit about wanting to attack the wide areas more, we didn’t want to play through that cluttered middle. We went wide with it and attacked from there, and I think that’s where a lot of our opportunities came from. We spread out their defense, they were organized and that was hard to do. Somerset isn’t an easy out and nobody should take them lightly.”

The win is Danville’s fifth-straight All-A regional title, dating back to 2014. “I want us to play quicker, I want us to communicate a bit better but at the end of the day, it’s good to get a win, especially in the All-A,” Smith said. “You’ll take that and be happy with it.”