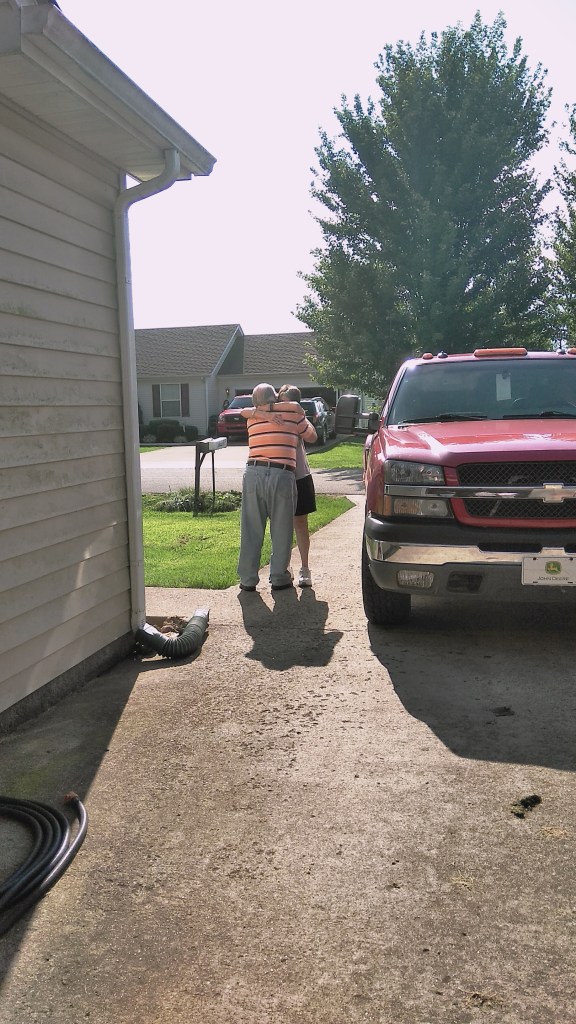 MORELAND — Jane Rhude, 70, and Jerry Carney, 73, were raised as only children. But they say — whether you believe it or not — they always felt like something was missing from their lives. That feeling ended last week, after the siblings met for the first time, when Jane tracked Jerry down in Moreland.

Jane always knew she was adopted. Her parents who raised her in Indiana told her from birth, she says. She knew just enough to keep her curious: She knew her mom was 22, white and that she was her mother’s second birth.

“I knew I had a sibling. The mother who raised me told me that little information from what they got when they picked me up from the hospital, that I had a brother that was two years older than me,” Jane says. Unlike Jerry, she always kind of knew there was someone out there.

“I just really never had much hope in finding out who that was,” she says.

Jane took a DNA test in 2017 to get her health history. She has a daughter who had a pancreas transplant due to diabetes, and thought the history may help her.

She found herself with a lot of DNA matches, as far as possible family members, so she decided to pursue them. She quickly found out though — “You can have a lot of DNA matches and contact them, but a lot won’t answer.” But along the way, she received advice and pointers from others going through the same process, even offering help.

Many told her to be patient; they’d been on the same road for years. She finally connected some dots, and found out that the state of Indiana would open birth records between 1948-1995, but they were backed up and told her she might not get any reply for quite some time. 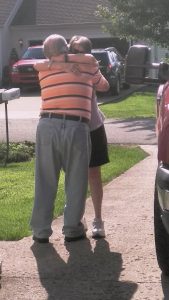 Kelli Carney caught the candid moment where her father, Jerry Carney, met his sister, Jane Rhude, for the first time in their lives. Jane knew she had a brother somewhere in the world; Jerry just found out he had a sister.

But on July 10, she got the record of her birth mother’s name and some information about her: Shirley Pauline Wyatt Coleman. She found her obituary, where she read her brother’s name: Jerry Carney.

“I found out his mailing address and his phone number. But rather than give him a heart attack — I knew there was a possibility he didn’t know about me — I took a recent picture of myself and mailed a letter to him on a Wednesday, thinking he may be shocked and it could take months or years. Or maybe I wouldn’t hear back from him at all. My husband and I prayed after dropping that letter off …”

She didn’t have to wait years, or even months. The following Friday, she got her answer. And they were in Moreland, visiting her brother, four days later.

“I was excited, as soon as I saw the letter and the picture,” Jerry says. “I wanted to find out everything I could about her, and tell her everything I knew.”

Jerry says that growing up, his parents traveled between Moreland and Indianapolis. He spent 10 years in Indiana, and joined the military before moving back to stay in Kentucky, and has been here since 1967.

“I was apprehensive though. It’s hard to explain. There were so many different emotions, excitement…” he says, including thoughts like “Is it my sister?” and wondering if it “was a mistake or something.”

“That’s why I really wanted to get into contact with her, so we can can make sure we’re brother and sister.”

He had no idea he had a sibling out there, he says, but he’d watch shows on TV where they reunite those involved in adoptions. He never thought it would happen to him.

Of course, he was a little nervous, he admits; maybe apprehensive. But the sheer excitement to find out what his sister Jane was like — it overcame his nervousness, he says.

The two are working to determine if they share the same father.

“I think (the adoption) happened because she was young, and already had a small child — she wasn’t able to keep both of us,” Jerry says. “I guess. She never talked about it, so I have no way of knowing. The people who did know all passed, so we can’t ask them.”

Jane says it all seemed meant to be; if she hadn’t received the help and encouragement from so many others out there who were going through the same hunt for family members, she may not have ever carried through.

“I didn’t expect it. One of the other matches I had in the southern part of the country was also an adoptee. He told me not to give up; he’d been working on his since the ‘70s,” Jane says, so the few-days’ turn around really shocked her.

It has been important to Jane to find Jerry for not only the reason of figuring out more about her health history.

The two found out they had many similarities, including being born in the same hospital.

“And I have nieces for the first time!” Jane says, her voice happy but cracking, talking about Jerry’s daughters, Kelli Carney, Shawna Southerland and Sarah Slye.

“And it wasn’t very long after we started talking, she asked me, ‘Is it OK if I call you Aunt Jane?’” Jane said. “You have no idea how happy that has made me.”

“Daddy has a niece Kris and nephew Brad he is excited about, too — and not to mention his brother-in-law, Jerry Rhude,” Kelli says about her new aunt’s family, which is now her family, too.

“Only way I can explain it: God’s will, I guess. I always wanted a sister,” Jerry says. He says when he got the letter from Jane, his daughter “Kelli was reading the letter over my shoulder, and she was squealing and yelling at everyone, she was so excited.” 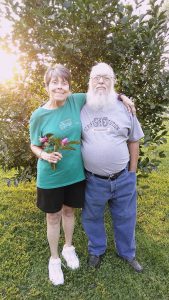 Feeling like something was missing in Jerry’s life was a something he’d dealt with for a long time, his family says. “I didn’t understand it. I can’t put it into words. It’s a feeling inside of me that there was something I needed to do, but I didn’t know what it was, so I couldn’t do it.”

“In Jerry’s soul, he knew there was something missing. The piece of the puzzle has finally been filled in,” she said.

The feeling now, Jerry says with his sister there, it’s like “Christmas in August.”

He says everyone in the family is very accepting of Jane — and “I’m sure there will be some trips to Indiana.”

The two say they tell anyone and everyone who will listen: If you’re looking for a family member, keep trying. Don’t give up.

“I might have been more inclined to give up if I hadn’t talked to another person who encouraged me along the way,” Jane says. “So it may take years, but it’s so worth it. Jerry’s right — it completes you. So, so worth it.”

“We’re both excited to be together,” Jerry says. “We hope that if anyone out there is wondering, just get busy. Go to the sites, and do some DNA testing. It can tell them a lot.”