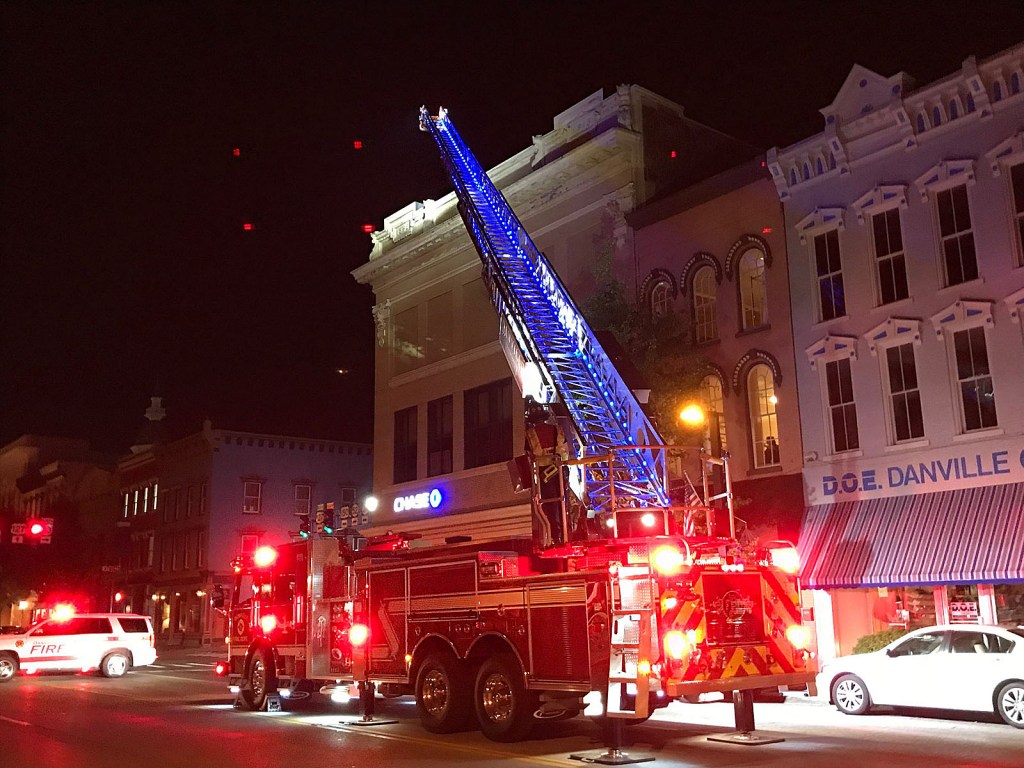 The Danville Fire Department is having a traditional “push in” ceremony, welcoming its newest fire truck into service on Friday evening.

From 6 to 7 p.m. Friday at Danville Fire Station 2 on the bypass, everyone is invited to come and inspect the fire truck that cost the city more than $1 million and join the department in the ceremony.

Pflug said the “push in” ceremony is an old tradition fire departments have celebrated when a new truck is put into service as a way for community members to see their tax dollars at work.

Pflug said families are welcome to bring their children and take pictures with the truck and other firefighters.

Then at about 6:30 p.m., firefighters will spray the new truck down with water from the old truck’s water tanks and invite everyone to wipe her off and ceremonially “push” the ladder truck back into the station.

Pflug said this is the third ladder truck he’s used since working at Danville’s Fire Department. “It’s really neat to be able to experience that replacement twice,” he said, describing when he saw the truck now being retired when it was first put into service in 1993.

The new truck is a Pierce ArrowXT Tandem truck with a 107-foot ladder. The truck has improved safety features, ladder controls and more features that were not available when the city bought its current truck 25 years ago.

The new truck is 12,000 pounds lighter than the city’s current one, and it will be able to navigate many tight turns in the city that the current truck can’t, Brumfield said at the time.

Danville’s current ladder truck is a 1993 Pierce fire truck with a 100-foot ladder tower. Brumfield said some parts are no longer made for the truck and it’s possible if something breaks on it, the city would be unable to repair it.

Pflug said at some point in the future, the city will surplus the old truck and sell it.