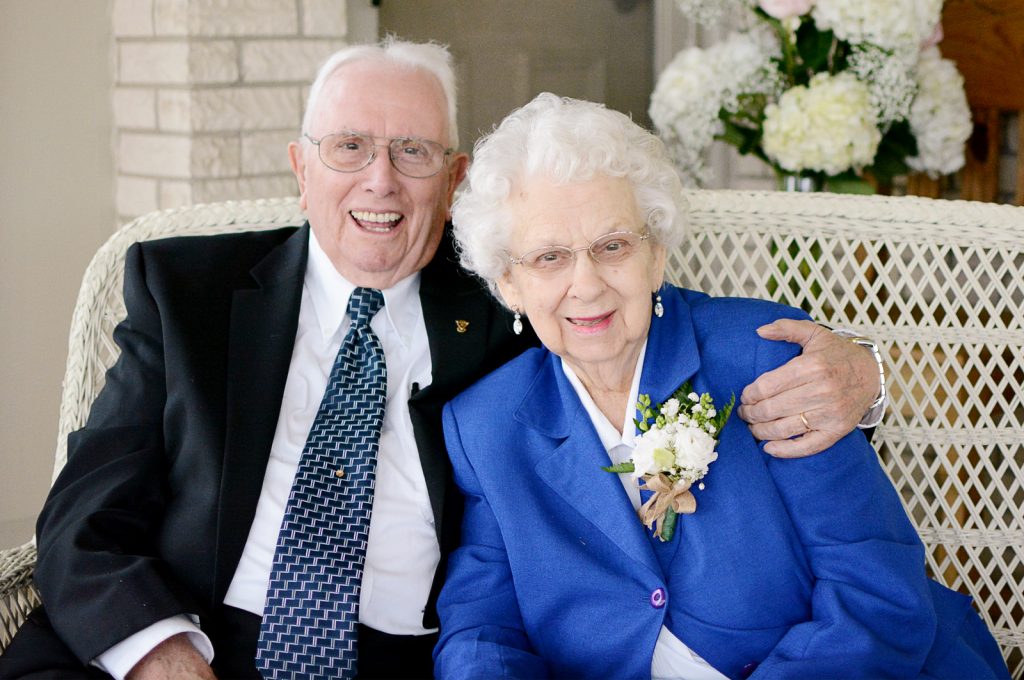 The children of Harvey and Doris Brogle Ayres are hosting a cake and punch reception for their 70th anniversary on Sunday, Sept. 2 from 2 to 4 p.m. at the First Southern Bank Community Room in Lancaster.

Harvey and Doris were married at the Brogle home on September 4, 1948, with Harvey Ayres Sr. officiating. They are the parents of six children, Belva Ayres Little (Mike) of Lexington; Danny, Charlie (Diana) and Roger (Priscilla) of Garrard County; and Sammy (Connie) of Winchester. Another daughter, Angela Ayres Allen is deceased. They also have 16 grandchildren and 18 great-grandchildren, totaling with spouses 58 people (with four being added in the near future). Harvey retired from Moormans Feed Company in 1992 and Doris took great pride in staying home and raising her six children and was a mother figure to many. They still reside in their Dixie Stock Farm home.

They are looking forward to seeing many of their family and friends at their reception. They request no gifts.