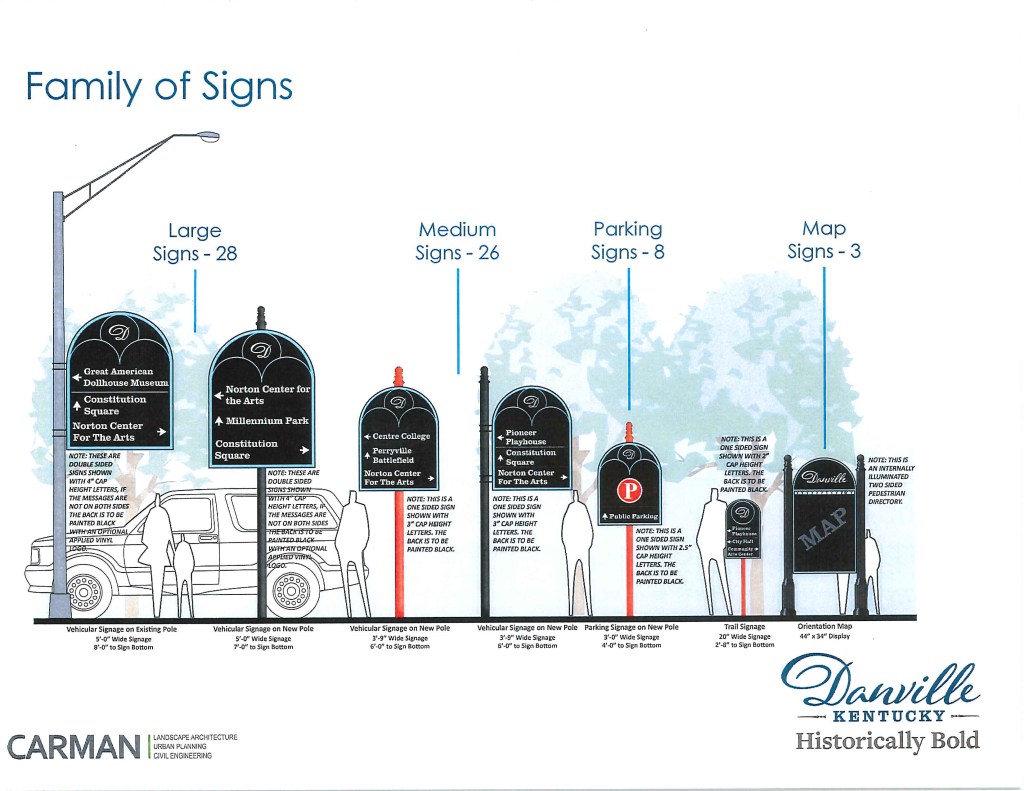 Carman A wayfinding master plan developed for Danville recommends a "traditional" uniform style for signs throughout the city, featuring a "D" for Danville along a curved top intended to mimic the architecture of some windows in the city. (File photo)

Danville City Commission tabled a wayfinding master plan Monday night. The plan is expected to serve as the blueprint for an overhaul of directional signs along roads and sidewalks throughout the city. But city commissioners said they wanted more time to review the plan and hear from the public before they approve it.

John Carman, the consultant who led community wayfinding meetings and developed the master plan, told commissioners there are around 65 new signs proposed. The plan also lays out a plan for removal of some signs in order to clean up overall appearance along the city’s vehicle and pedestrian corridors, Carman said. 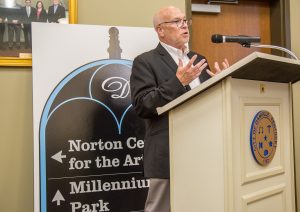 “This project actually started by an admonition from the state highway department to the community that, ‘let’s try and clean up the clutter of the signs,’” Carman said. “So while we think a lot of the signs are, number one, compliant and mandatory and useful, we think there is clutter. So we actually went through our master plan recommending removal of a number of signs.”

The master plan identifies “decision points” all around Danville where traffic or pedestrians are faced with a major choice of which way to go, such as major intersections along the bypass; and downtown intersections such as Third and Main streets and Fourth Street and Lexington Avenue.

It designates sign locations at each of the decision points, as well as proposed locations to include on the signs.

Carman said a major goal of the master plan is creating a sense of place that is attractive to visitors.

“Wayfinding today is so much different than it was even five or 10, 15 years ago, when signage was absolutely critical to have because you couldn’t always read a map while you were driving. In today’s world of GPS, wayfinding takes on a different meaning,” Carman said. “I think that the emphasis of the quality of wayfinding is really more important in many ways than the actual message (on the signs). It conveys a message to the users of our corridors … that this community has a sense of quality and has the dedication to convey a uniform message to the users.” 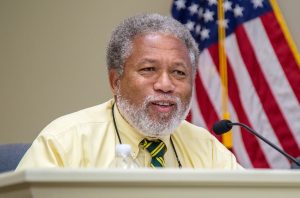 Carman encouraged commissioners to focus on “quality, not quantity” of signs. But for members of the public who commented about the plan during the meeting, quantity was a major issue.

“I have taken more of all of your time over signage than I would have liked,” said Lori Kagan-Moore, owner of the dollhouse museum and a vocal participant throughout the previous wayfinding community meetings.

Kagan-Moore said she was happy the plan calls for her museum to be identified on signs for traffic coming into Danville from the north, but disappointed the museum is not represented on signs on the south or west sides of the city.

“For 12 years we have sponsored in Danville an unusual and appealing tourist attraction and we don’t ask much in return,” she said. “At this time, we are asking the commission to grant us inclusion somewhere on one sign on the south end of town.”

Dr. Milton Riegelman, chair of the Sister Cities Commission; Dr. Eric Mount, a retired Centre College professor; Nick Wade, executive director of the Heart of Danville; and Jeff Jewel, director of the Chamber of Commerce all addressed the commission in support of the museum as well.

Mount also questioned the distribution of signs pointing to Admiral Stadium and the Boyle County High School football stadium. No signs on the north side point to either stadium; two signs to the west and southwest point to the Boyle stadium; and two signs in the south point to the Danville stadium, he said.

After Carman’s presentation, commissioners wondered if they could approve the master plan as far as its concept and sign locations, but later alter what is put on the signs if, for example, they decide the dollhouse museum does need another sign.

Carman said any master plan is “always subject to revisions and changes at the time of implementation.”

“Whether there are 12 dollhouse signs or six Admiral Stadium signs … that can still be debated and discussed,” he said. “I would be happy to give further justification to the quantity of signs and the locations. I think that could easily be done at another forum.” 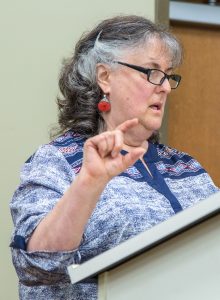 Ben Kleppinger/ben.kleppinger@amnews.com
Lori Kagan-Moore, owner of the Great American Dollhouse Museum, addresses Danville City Commission during its “Hear the Public” agenda item, asking commissioners to add a sign for her business somewhere along the south side of town.

Coffey and City Manager Ron Scott further commented that it would be possible to alter plans for what goes on signs later on, but both also reaffirmed the city would follow the master plan as approved by city commission.

“I like the concept, I just don’t want to rush into it,” Atkins said. “Not right now.”

Commissioner Kevin Caudill said he was ready to approve the master plan as presented, but he went along with the vote to table.

Commissioner Denise Terry said she wanted the extra time to “absorb” the plan and perhaps even drive around and look at the intersections where signs are proposed.

“It’s very overwhelming and it’s very difficult to look at and visualize,” she said.