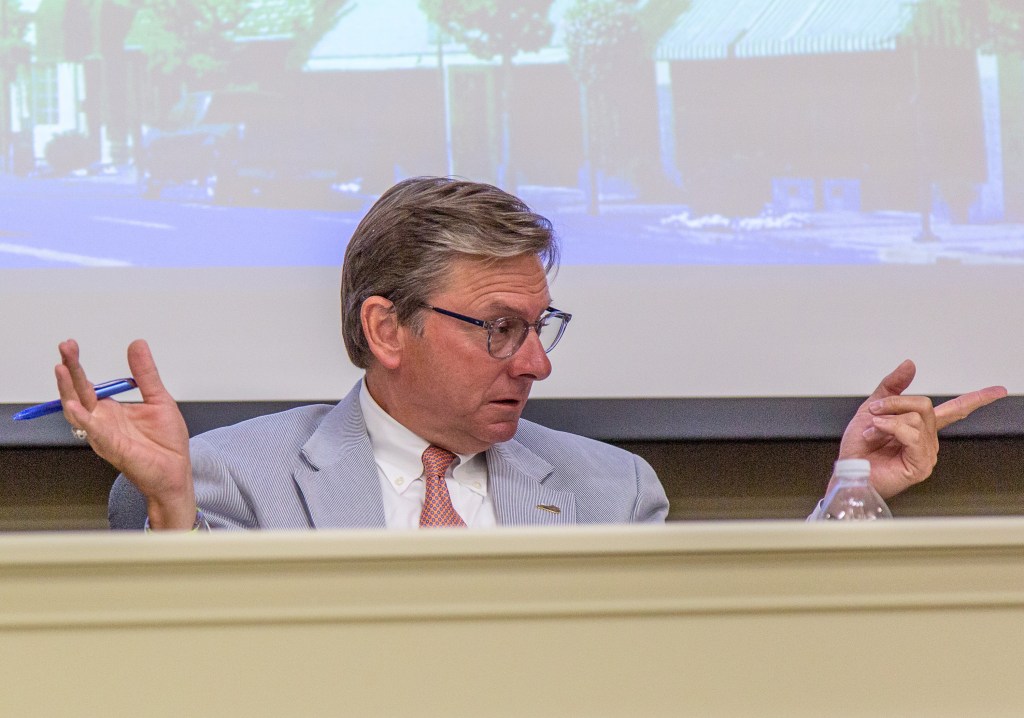 Danville City Commission moved forward this week with numerous capital projects that have been in the works for a while.

The commission approved bids for upgrading the South Second Street bridge over Clark’s Run; a downtown “streetscape” project; and a new access driveway for the south-end fire station.

Danville had budgeted to spend $200,000 to upgrade the South Second Street bridge, which has been downgraded in its weight capacity. But the one bid the city received from JAVE LLC was for $360,000. City Engineer Earl Coffey identified three reasons for the higher price in a memo:

• JAVE’s proposal includes a stand-alone pedestrian bridge to the east of the main bridge;

• JAVE would upgrade the bridge to have a weight rating of 45 tons instead of the 37-ton rating Danville had sought; and

• other potential bidders have said most companies have a “full slate of work” because the state is “aggresive(ly)” pursuing bridge renovation projects right now.

Chief Financial Officer Michele Gosser told commissioners the city has some leftover funding for parks that it can tap to help cover the added cost of the project, it would just require a budget amendment moving $150,000 from the general fund to the municipal aid fund.

Coffey said JAVE has 30 days from acceptance of their bid to present a detailed plan for the project; the company will have 60 days from when its equipment first arrives at the site to complete the project. The bridge will be closed during the upgrade; Coffey said the city will be alerting the schools so alternate bus routes can be planned.

The city commission approved a bid for $689,760 from Bluegrass Contracting to complete a “streetscape” sidewalk improvement project for Main Street between Fourth and Fifth streets.

Coffey said he believes the city only received one bid because the same contractor had done work previously for the city and other potential bidders “bowed out” because they knew they couldn’t beat the price.

The project will overhaul sidewalks on both sides of Main Street, except at points where the sidewalk is already improved, such as in front of city hall, Coffey said. All electrical conduits will also be replaced, he added.

The project includes improvements to drainage and landscaping as well, according to the bid documents.

The same two companies awarded the bridge and streetscape projects — JAVE and Bluegrass Contracting — were the two bidders on a project to construct a new access drive for the city’s south-end fire station.

Bluegrass Contracting was awarded the project with the low bid of $99,500.

Coffey said the south-end fire station has rear access doors, but “we never constructed the rear access drive at the time, partly because the roadway system wasn’t developed when the station was constructed.”

Mayor Mike Perros wondered if the driveway was being added now because of the city’s new Ladder 1 fire truck, set to be put into service Friday evening.

“No, we’ve always wanted to do that and we’re really just now getting to it,” Coffey answered.

The city commission passed first reading of an ordinance needed to take out $10 million in bonds to help cover the costs of its new fire truck and construction of a new downtown fire station. The bonds were planned for in the city’s 2018-19 budget.

Commissioners also voted on the first reading of a property tax ordinance, which would set Danville’s 2018 property taxes at the “compensating rate,” meaning the city would collect relatively the same amount of revenue as it did last year.