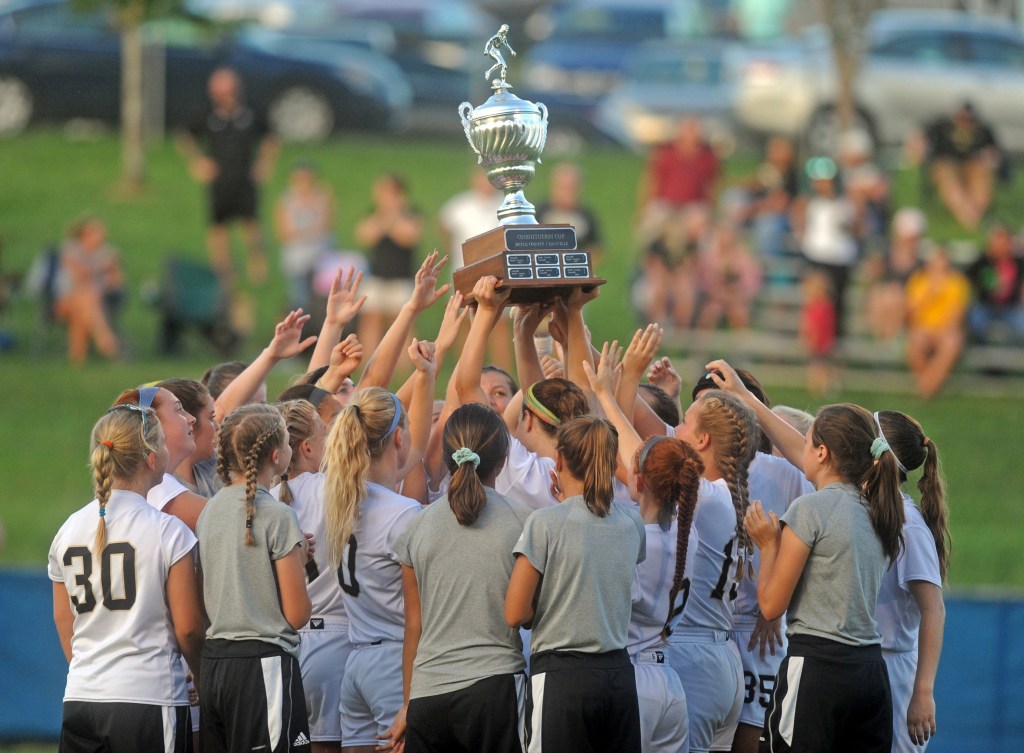 Boyle County’s 19th-straight victory over Danville wasn’t an easy one.

The Rebels outlasted Danville at Reynolds Field 1-0 thanks to a goal from Nicole Everman at the beginning of the second half.

Boyle had chances, as did the Admirals, but both defenses wouldn’t budge for 40 minutes.

“We did our gameplan offensively,” Boyle head coach Brian Deem said. “We got the ball where we wanted to, we made their defense play east-west instead of north-south. We wanted to tax them. We had two or three opportunities inside the box where, if we have any composure, we finish this game with three or four goals. But hats off to (Grace) Gaffney and everybody, they did a great job keeping tight marks and keeping us uncomfortable when we had opportunities.”

Danville keeper Grace Gaffney was the busier of the two goalies, but both keepers made game-changing saves.

“Our keeper made some fantastic saves,” Deem said. “When we got up 1-0, we didn’t do a good job defensively at the back. That resulted in two or three plays. It was one of those things where we just relaxed. Alyssa (Montgomery) made probably three game-changing saves for us.”

Everman’s goal came with just four minutes gone in the second half, and it was one that Deem and his staff had drawn out.

“We had a set piece ran on that, as we were running it, we had Valerie Fieberg make a late run to the far post,” he said. “To have the guts and courage to run and chest the ball over Grace, that allowed Nicole to literally run in the ball and anything in her way into the goal. That’s what we teach our kids, run through the ball and take it into the goal. That was just a heart goal.”

Fieberg’s assist would be critical and would give the Rebels’ defense all it would need to win.

“We had a gameplan coming in, how we wanted to play, and I thought we stuck to it,” he said. “I thought we did a much better job in the second half. You give up a goal on a corner, you hope you’re still going to still create chances because you’re never out of a game that close. I don’t think at any moment my girls acted like they were out of it, my girls kept pressing and we had some good opportunities.”

Smith noted forward Zoe Gooch and his back line — Gaffney, Kayla Welch, Kailyn Wilcher and Natalie Fieberg — for performing admirably throughout the game.

“My back line and Gracie, every night, they were huge,” he said. “I think all the girls wanted it tonight, you can see it in how they played. I’m extremely proud of them.”

It’s always a physical game because each team knows each other well.

“I thought first half and the first 15 minutes of the second half, our back line was fantastic,” Deem said. “Then we got on our heels and we just played not to lose instead of playing to win. When you lose that aggressiveness against a team like Danville, it’s going to be tough. They grow up with each other, play rec soccer, club soccer together. It’s a nice rivalry and it gets pretty good. It was a good win for us.”