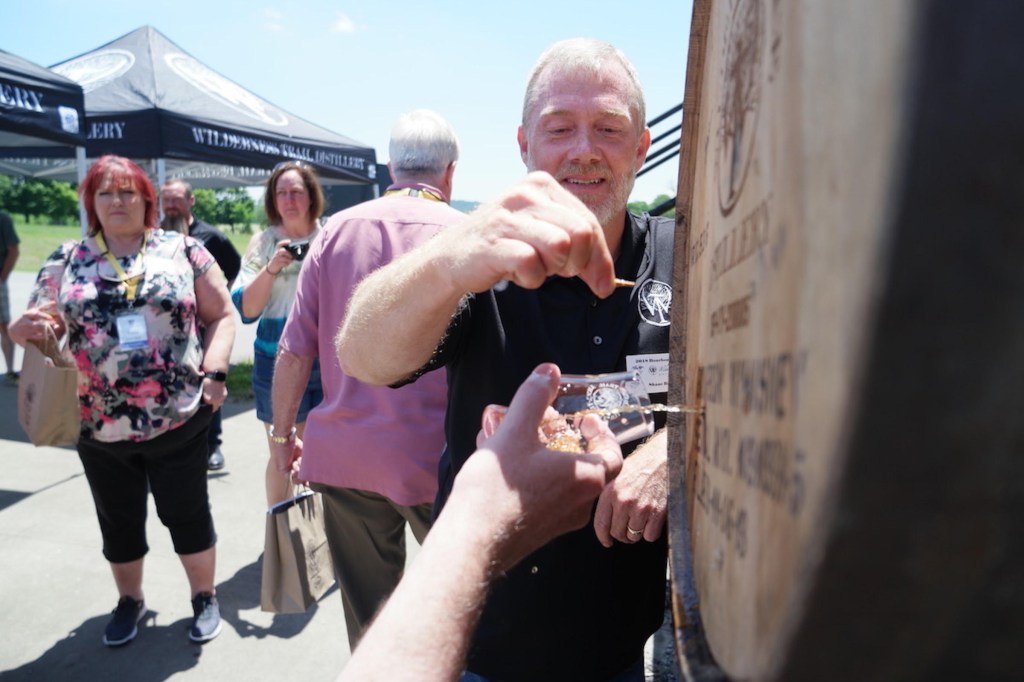 Photo contributed Shane Baker taps into a barrel of bourbon during a past event at Wilderness Trail Distillery.

What else could be better than rolling off a few aged barrels of bourbon just in time for barbecue? The guys at Wilderness Trail Distillery thought just that when they realized their second release of bottled in bond bourbon will coincide nicely with the Kentucky State BBQ Festival weekend, held on the distillery grounds in Danville.

“It’s actually just how it worked out,” says Shane Baker, co-owner of Wilderness Trail. “We planned a spring, late summer and late fall/holiday release schedule with no particular dates, but more based on getting everything ready and prepared for the release.”

The festival, set for Sept. 7-9, is known to offer nationally recognized grill masters who grill and sauce up all different cuts of meats for those who worship barbecue. But it just became synonymous with locally aged bourbon last year — the first time it was held at Wilderness Trail. 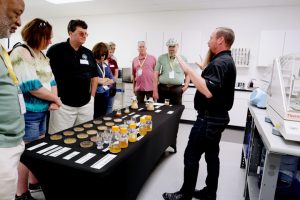 Photo contributed
Pat Heist leads a tour through the laboratory at Wildnerness Trail Distillery during a past event.

Baker and co-owner Pat Heist say their first release was huge a success, more than they even expected. This time around, it will be a wheated, single barrel, straight bourbon whiskey, with its small batch partner.

Baker said drinkers will get the same mature, Kentucky bourbon whiskey you’d have found “decades ago.”

“For starters, just as in our first release, we are offering our bottled in bond, single barrel where each barrel matures to its own profile that accentuates our sweet mash/high small grain recipe,” Baker says.

He describes it as “mellow rose, with sweet, fruity oak, caramels twisted with creamy vanilla nut and a touch of chocolate.”

Baker says, “Being most of the releases are single barrels, the different expressions from the barrel have been a true joy to experience.”

Baker says as time goes on, their bourbon picks up a little more age as well as adding more complexity. “We are also offering a limited release of a multiple barrel, small batch bottled in bond that can be compared to the single barrel bottled in bond offerings, another expression for our fans to try that should offer more layers of different profiles in the taste.”

The BBQ Festival will boast seven pitmasters and seven bands, as well as multiple vendors throughout the weekend on the distillery’s 44-acre campus.

The distillery will open up sales at 10 a.m. Friday, Sept. 7, with a two-bottle limit per person. There are a limited amount of bottles offered in the Family Reserve gift box set personalized by the master distiller. A portion of the day’s sales will be donated to the Kentucky United Way. 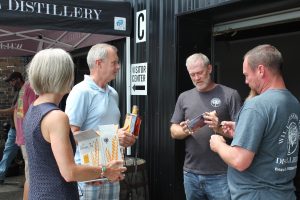 For more on the Kentucky State BBQ Festival, visit kybbqfestival.com.