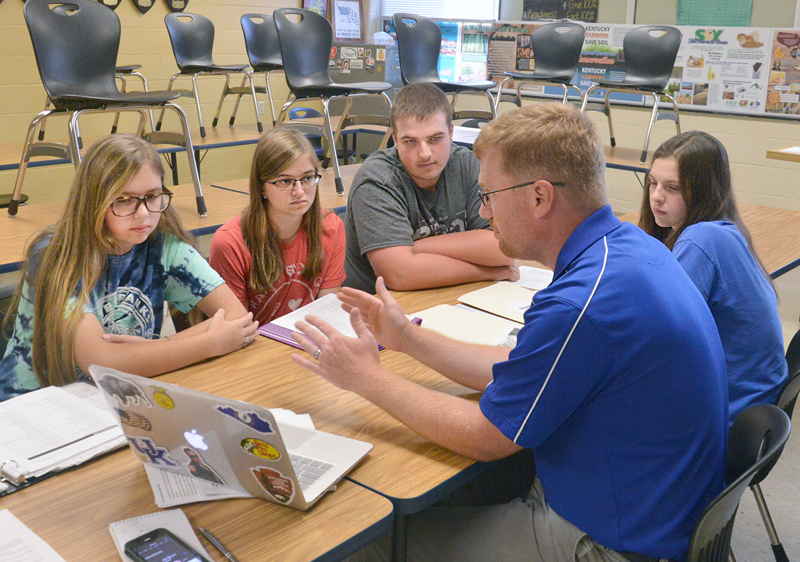 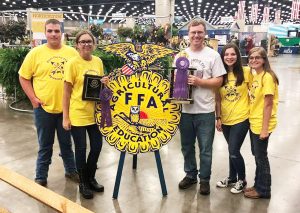 The four members of the FFA agronomy team at BCHS placed first through fourth at the recent Kentucky Future Farmers of America Career Development Event at the state fair in August making the team state champions.

In late October, they will travel to Indianapolis and compete on the national level in a more extensive competition at the annual national FFA Convention.

First-place winner, Megan Johnston, had the highest school record ever recorded at BCHS.

Environmental science teacher Matthew Whittaker worked with the students all summer. Practice sessions were held once a week from June through July, then increased to twice a week as the competition neared.

Not only did the students practice during these sessions, they also studied every day during their summer break.

Whittaker said the students were tested on insect, crop and weed identification; plant disorders and diagnosis; and took a written test, including calculating soil fertilization based on a soil analysis. 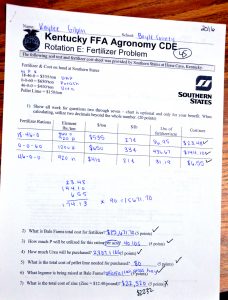 Johnston said she began learning about plants and crops from her grandfather in Garrard County, who was a sixth-grade drop out. She said he’s extremely sharp with math problems and has a terrific green thumb. She guesses she inherited that trait from him because she has a green thumb, too.

Johnston said she took home the insect kit from school and studied their traits, including their life cycle, mouthparts and what kind of damage they cause to crops.

Lucas said he’s grown up learning about crops and insects by working on a farm since he was 8 years old for Bruce and John Helm here in Boyle County.

Working side by side with his dad, Lucas said she learned a lot about crops and the parts of a plant, and how to calculate fertilizer amounts in order to increase crop and hay production.

Gilpin said she’s not a typical FFA member. She doesn’t come from a farming family but wanted to learn about plants and insects. She said this summer she worked at Fazoli’s and had to balance her time between studying and working. She said it’s really cool to be able to know what plants and bugs are all around us. 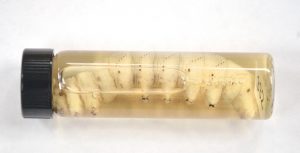 Warren worked on her family’s farm all summer so she was constantly looking for insects, plants and weeds to identify when driving through fields caring for her own 11 head of cattle. She wanted to join the team as soon as she was old enough “so I could learn things I needed to know” as she continues farming as a career.

Whittaker said the team is already studying for the national competition. He said more plants and insects will be on the test — some of which don’t exist in this area of the country.

But he’s ordered seeds for the plants they need to identify from Amazon and they’ve already been planted in the school’s greenhouse.

Other areas the team will be tested on include doing soil analyses and working together to come up with a farm budget and present it to the judges; crop judging, grain grading and machinery identification.

Whittaker said, “I’m really impressed with these young people. I have complete faith in them that they’ll do really well,” in the national competition.