Danville squares off against 5A Maroons 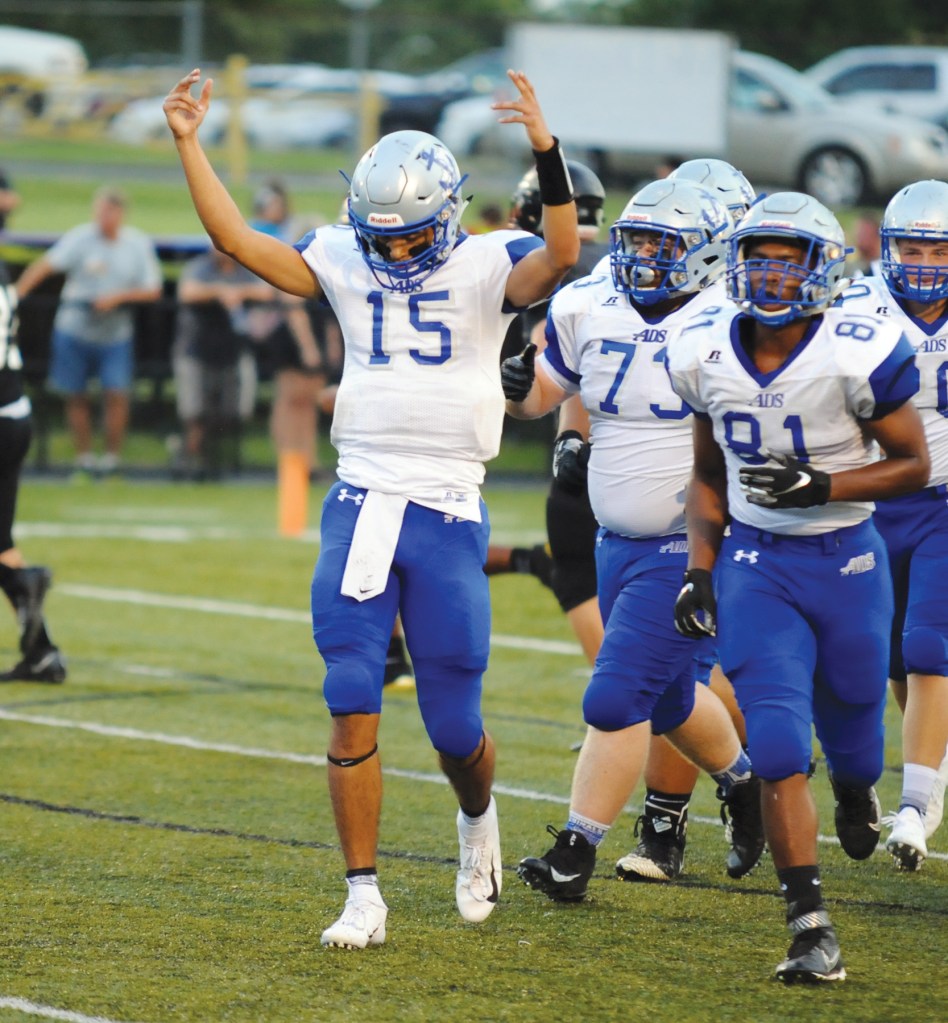 The Admirals will host Pulaski County on Friday. The Maroons are two years removed from a 5A State Championship appearance and went to the state title game four years running, with a win in 2014.

“They’ve played a pretty tough schedule just like we have, they’ve come up on the short end a couple times,” Danville head coach Clay Clevenger said. “They throw the ball really well and they’ve got good size across, really, the whole field. I think it’s going to be a pretty strong test for us.”

On the ground, Pulaski is led by Tristan Cox, who has 127 yards and two scores on 28 carries.

Danville allowed 257 yards through the air last week against Boyle, and Clevenger said his team will need to make the plays to win this week.

“We just didn’t make enough plays to win (at Boyle),” Clevenger said. “We’re there, we have opportunities, we’ve just got to capitalize and make plays when we have those opportunities.”

Many of those opportunities come on offense — Clevenger said he wants to see his team to continue to advance its game on the ground.

“We’ll have one breakdown where a two or three yard gain prevents an eight or 12 yard gain,” he said. “We’ve just got to sure those things up and become a machine up front. We’re not quite there yet but we’re getting closer.”

One player that has stood out to Clevenger this season is Seth Gosser, who had one catch for 54 yards against the Rebels. He’s providing consistency on both sides of the ball for the Admirals.

“I think Seth Gosser has really made plays for us on both sides of the ball,” the coach said. “He’s playing extremely hard, extremely physical right now. He’s got some room for improvement but I’ve been pleased with what he’s bringing to the table each night.”

Clevenger said after the Boyle game that quarterback/safety Zach Thornton needed more conditioning during practice to help him last for a full game, and that regimen has been implemented this week.

“He has been (running more) and he’s been doing more on his own, which you like to see,” Clevenger said. “It’s still hard to replicate, sometimes when he scrambles he might run 80 yards to gain 10. Those things are hard to replicate, but the biggest thing is that we will hopefully get him out of the game a bit more on defense during the first half to give him more rest.”

Friday’s game against Pulaski will be a chance for Danville to return to .500 this season after starting 1-2 for the first time since 2013. That’s also the last time Danville had a losing record at any point during Clevenger’s tenure as head coach.

Clevenger said he and his team aren’t worried about wins and losses this early in the season.

“They’re going to handle it how we handle it as coaches,” Clevenger said. “The biggest thing is that we feel like we’ve improved each week, which is what you want to do. Don’t get caught up in the scoreboard a whole lot, let’s get caught up in getting better every day, with every rep. If you do that, you’re going to give yourselves opportunities to win games. I think that’s where we are and hopefully we continue to improve, continue to give ourselves opportunities.”