William Crowe House was built in 1783 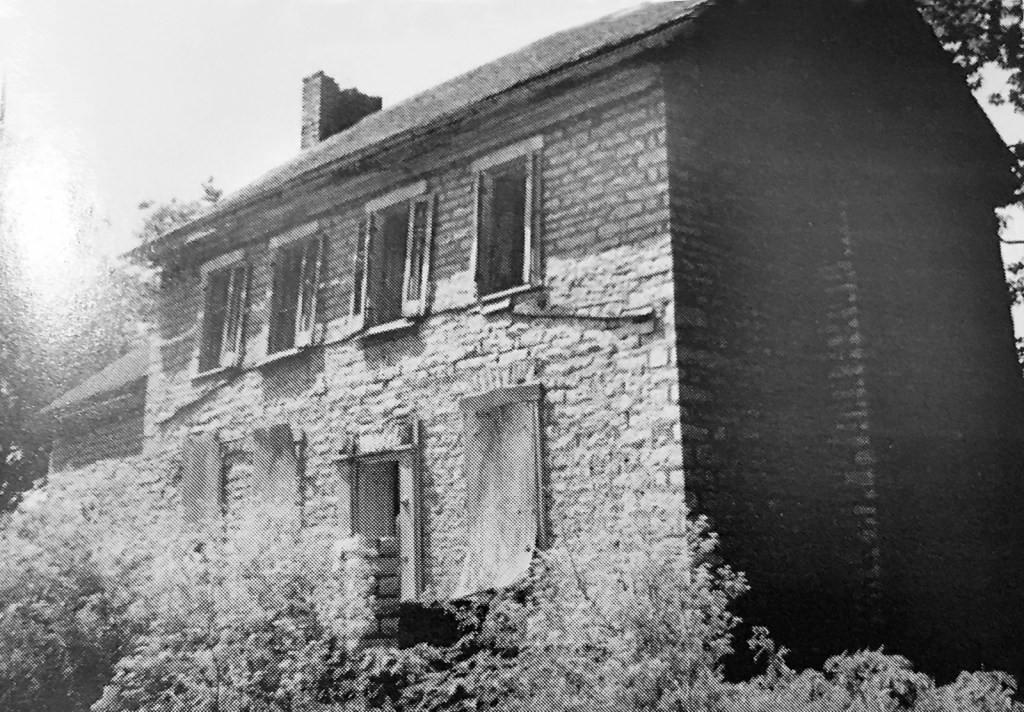 The William Crow house was the first stone house built in Kentucky as shown after it became vacant for many years.

The William Crow House, the first stone house built in this area before Kentucky became a state in 1792, sits at the end of a lane off Lancaster Road. It was built around 1783.

The house is reportedly the only house in Kentucky erected by an original James Harrod pioneer and as the county lines changed, it has been located in three counties, Lincoln, Mercer and Boyle.

William was the son of John Crow, the founder of Danville. Both were members of the Harrod band of permanent settlers of 1774 and both were granted land by the Virginia Land Court because of their settlements.

This information came from a book by Samuel M. Wilson of Lexington, a Centre College graduate.

William apparently came to this area in 1774, left in 1776 and returned in 1780 when he built the house for his growing family. 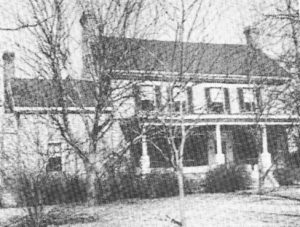 That four-year interval before moving his family here may indicate that he served in the continental Army before returning to Kentucky,” according to Fackler’s “Historic Homes of Boyle County.”

The house was never considered as a station, but the thickness of the walls show it was designed to protect against the Indians.

William reportedly spent time in Stephen’s Garrison while cultivating his farm, according to testimony in a land lawsuit filed in Lincoln County Court.

A book published in 1940 by Dr. Rexford Newcomb of University of Illinois on “Old Kentucky Architecture”, shows a sketch of the house.

A frame addition was added to the stone house later.

William’s first wife, Sarah Laurence, was a daughter of James Laurence, who had a station not far from Crow’s Station.

They reared their 11 children in the stone house. Their children married into prominent families nearby.

After Sarah died, William married Patience Owsley Bledsoe, and he lived in the house until his death in 1820. William and Sarah are buried in graves covered with flat tombstones on the farm but are no longer visible.

William left his estate to his three sons, Walter, James and Benjamin, who got the land, and his eight daughters Elizabeth Pierce, Rachel Hamilton, Ann Givings, Mary Moore, Sarah Cook, Margaret Hopper, Mariah Bledsoe and Matilda Letcher, got money from the estate.

His second wife, Patience, was to occupy the mansion until she could build a house on land in Lancaster she got in a will from her former husband William M. Bledsoe.

She also got four slaves, Sal, Adam, Lewis and Dice, and cows along with furniture she had when she married William.

William also freed his slave Horace and gave support for her “to prevent her from becoming a charge on the county” and he left three of his male slaves land and a barn.

The Crow property has had many owners over the years and the house is currently being renovated and used as part of a new a distillery. 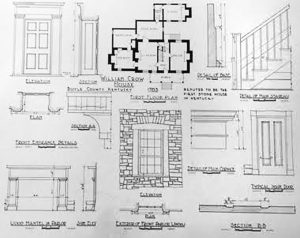 A blueprint of the interior of the William Crow House gives a god view and of the front window and stone work.