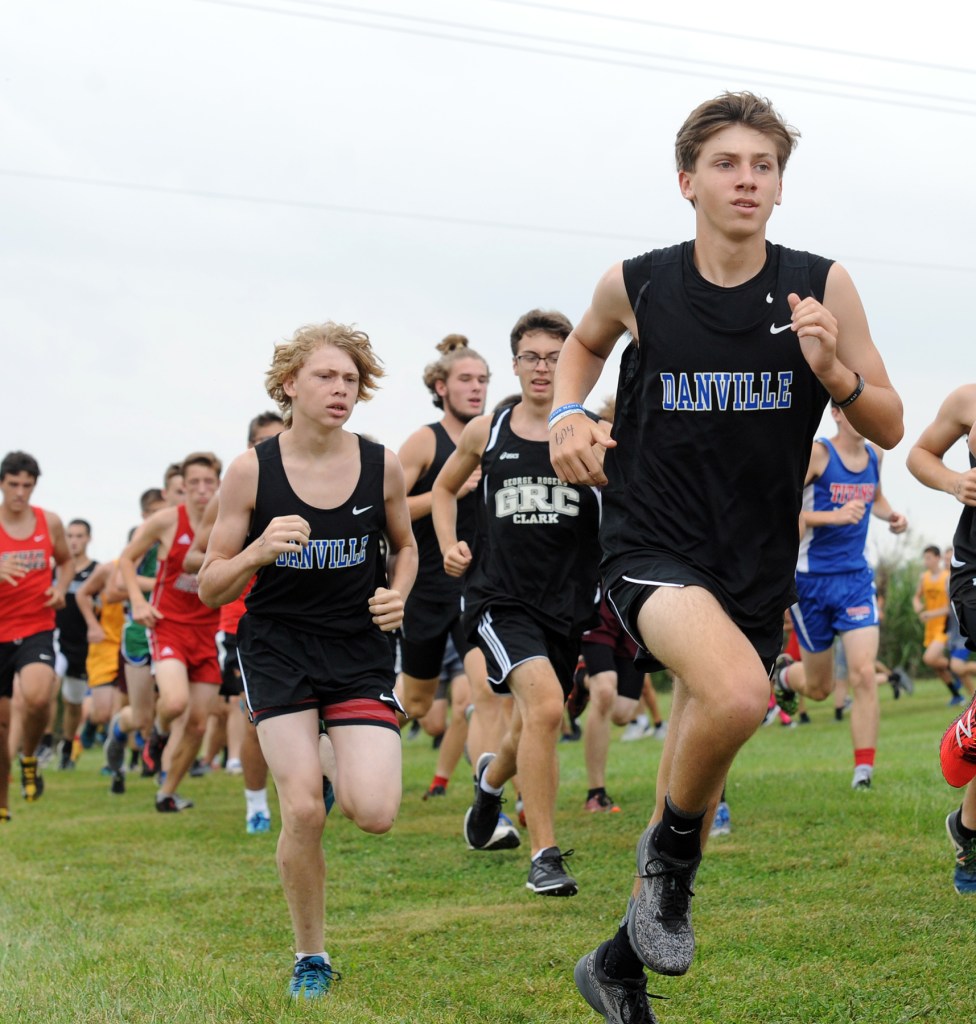 There aren’t many cross-country courses in the state as challenging as the E.G. Plummer 5K at Admiral Stadium.

That proved to be the case again Saturday when nearly 700 runners from first grade to 12th participated in the E.G. Plummer Invitational hosted by Danville. It’s a slightly different course than normal, with the final mile southeast of Admiral Stadium. The previous course had a loop in the southwest, closer to KSD.

“We get some feedback from the local runners because of the E.G. 5K,” Danville head coach Chris Verhoven said. “There’s nothing consistent. I’ve heard, ‘oh, I like it so much better, it’s more flat.’ Then people say, ‘no, it’s as hard as it ever was.’ The girl that won from South Laurel, incredible runner, state champion. Saw her two weeks ago run a 19:10. She didn’t break 20 on this course. The course is still hard.”

After McCowan, Mercer County’s Haley Blevins placed third with a 21:50 time. Boyle County’s No. 1 runner Ally Anderson has been out with injury this season, but Naia Hutchins finished with a strong fourth-place finish (22:02).

Danville’s Lisa Voyles was seventh (22:34) and has led the Admirals this year as a senior.

“As far as my runners, Lisa Voyles has been nothing but consistent,” Verhoven said. “She’s been consistent, she’s by far our No. 1 runner. What’s really fun about her, she’s getting interest from Midway and other schools in state. We didn’t have Holly (Helmers)today because they had soccer, but our girls have been consistent all year.

“They kind of run as a pack, and if you run as a pack, you need to be closer to the front. We lump up on scoring, we’ve been consistent with our times but we’ve still got a long ways to go. There were good teams here today who won’t be in our region or class. We are making steady progress to win the region and maybe finish in the top 10 in the state.”

On the boys side, Boyle was strong with its top four runners in the top 11.

The Rebels were without one of their top-five runners, Jack Stomberger. They finished second despite having a lower team time among their top five runners than Pulaski.

“On the boys side, it was nice to see Gabe (McKnight) come out after missing for soccer,” Verhoven said. “We are one or two runners short. Brady Bischoff is new to us, Gabe Suarez wasn’t here today. Sam Gibson has been consistent, he’s been our No. 1 for most of the year.”

In all, it was a successful Saturday for the race. Rain stayed away and temperatures stayed (relatively) low.

“Head coaches were concerned, we had triple-digit heat index earlier in the week,” Verhoven said. “You think about doing it in the morning but the ACT was that morning, you can’t make that change that late in the game. Then as the week went on, temperature looked better but it was because a cold front and rain was coming through. Now that it’s over, bring on the rain. We were worried all day that it was going to rain.

“As far as entries, we were about at the 950 mark. It’s been consistent, we had over 300 kids for the elementary runs. It’s a great-sized meet for our area and considering there’s so many meets now, it’s great that we can get so many to come out. Of course we have the best parents in the state working it, that’s why they come.”