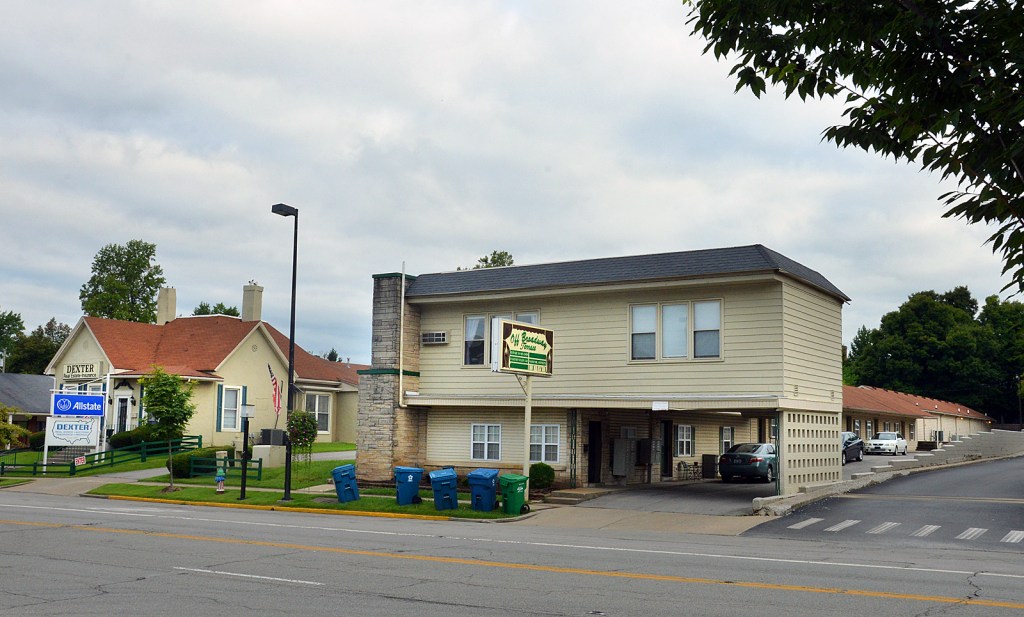 After an executive session Monday night during Danville City Commission’s regular meeting, it was announced that the new central fire station will be built just next door, to the left of city hall — at 451 and 461 West Main Street. The properties, Dexter Real Estate-Insurance and Off Broadway Terrace apartments, will be purchased for $1,150,200.

Although owned by the Dexter family, which includes the city’s attorney, Steven Dexter, the city manager and commissioners wanted to make sure it was duly noted that Dexter has not been involved in the property acquisition. 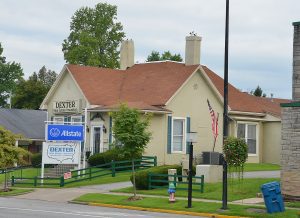 City Manager Ron Scott explained the lengthy process the staff has been involved in over the new fire station, which began in December of 2016. Scott said the city hired “special counsel” to deal with the “effort to create a tax increment financing district surrounding the location of our old station,” a process still underway, he said. In that process, the city realized it could not expand the existing station for several reasons and began looking at several different properties, Scott said, and decided to go with outside counsel.

“We recognize that we live in a small town, and the potential for conflict of interest in our small community. And our law firm does deal with a lot of property transactions …” Scott said, referring to Sheehan, Barnett, where Dexter is an attorney, which is why he said he made the decision early on to “basically exclude our attorney in that process.”

Scott opened up the floor to City Engineer Earl Coffey, who explained the process further, including how the city worked with Bravura Architects out of Louisville to “evaluate and guide us through the process in …thoughtful design in renovations to or reconstruction of” the central fire station. Coffey said through a review and assessment, and other observations by staff, they completed some temporary shoring of the rear wall of the existing fire station, directly across from city hall.

Coffey said the rear walls of the existing station are in a state of collapse, and will only continue to degrade over time. After the architect went through the process of auditing the structure internally, it was recommended to the city it raze the existing structure on that side.

“The site across the street is restricted both in rear access and also horizontal access, both east and west,” Coffey said. He said the existing structure is built to the property lines in both directions, as well, and does not allow for through-access from Main Street to the rear of the building. The site prevents the city from renovating the building without property acquisition to the east or west, he said. 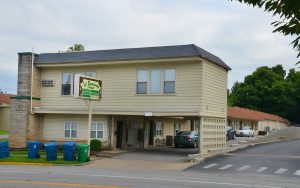 “As that process began, we talked about and viewed many other properties. …We considered several factors or characteristics for each site,” Coffey said. He said those considerations included things like appropriateness for a fire station; the cost to develop the property and cost of the property itself; access into and around the property; and service capacity to the station, affecting the department’s response time from the property to various parts of town.

During this process, he said staff spoke to “many different property owners to evaluate motivation of sellers, whether or not individuals would be willing to dispose of their property for the city’s benefit, at whatever price…”

He said some of the other property considerations were appraised, as well.

“We have identified 14 properties on a memo to you … we have included those as a list to illustrate the depth of our investigation in terms of looking at all available property that was …currently available or could be made available,” Coffey said.

He said at first, the properties located at 451 and 461 West Main Street were “passed through” a few times, but they always came back to them. “We came back to it a final time, I think, in the last six weeks … and this site rose to the top as the best fit.”

Coffey said the area is the best property size in terms of acreage, and has the best shape — “close to a square, which fits the dimensions the architect has given us,” he said. And the best access and layout — “also has some adjacency to the existing emergency services of the city, police and now dispatch,” he said, referring to the 911 center now being in the basement of city hall. He said the property “has a motivated seller” and the results in the net cost during construction will be slightly lower since the city won’t have to relocate fire services.

Later in the discussion, Commissioner Kevin Caudill said he wanted it emphasized, again, that Dexter had no part in the site selection or any of the process surrounding the new fire station. Commissioner J.H. Atkins asked for it to be emphasized a third time after that.

Scott said the Off Broadway Terrace apartment building (commonly referred to as the Terrace Hotel) only had two or three tenants, who he said he believes are on 30-day leases, and believed they would be given 30-60 days to vacate, and the city could begin its process of demolishing the structures.