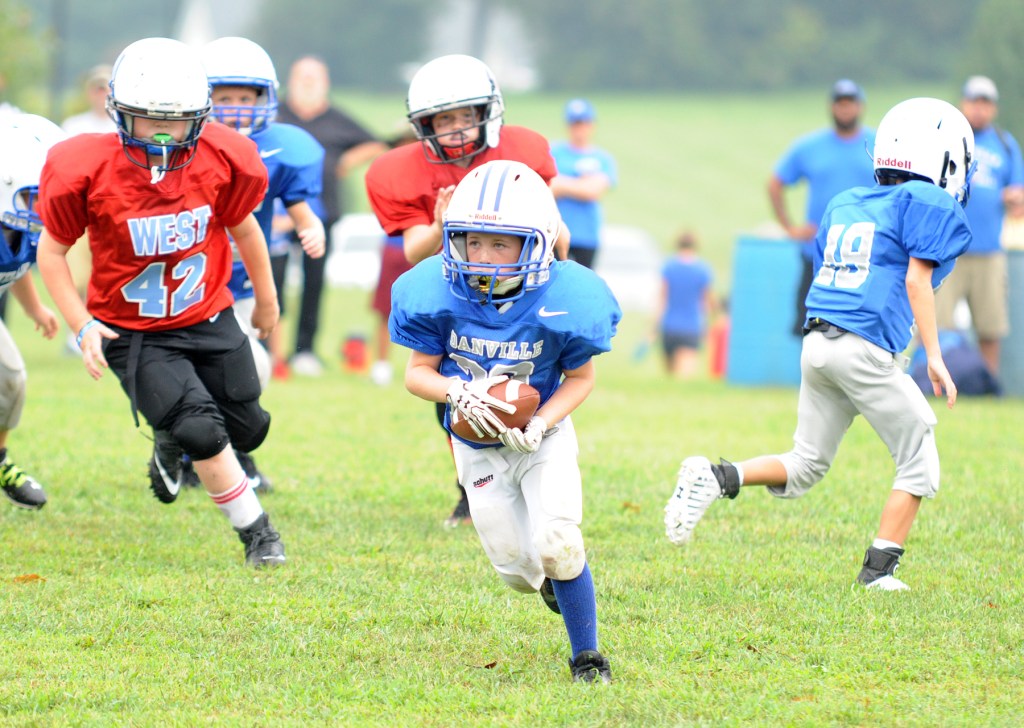 The Danville Youth Football program has seen a jump in numbers this year.

That could be a championship boost after Danville High School’s undefeated run to the 2A state title last year, but the Admirals have also added a team to its youth program. 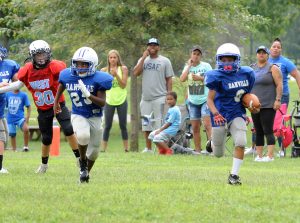 Danville has teams for second and third graders, fourth and fifth graders, and a standalone sixth-grade team. The middle school also has an A and B team.

“It’s a fun time and it’s obviously a building block for future teams as far as Danville football goes,” Danville High School head coach Clay Clevenger said. “In general, too, it’s just a good time for the kids too to come out and have some fun. That’s what it’s all about.”

Kelvin “Dukey” Turner leads the youth program at Danville and also coaches the middle school teams. He said he’s loved being a part of the program because of the kids.

“It’s a great feeling, giving back to the community where you grew up, born and raised,” he said. “Just trying to give back to the kids and give them opportunities that I wasn’t fortunate enough to have when I came through.”

Turner said the decision was made to add another team, adding second graders to the fold, has boosted numbers. It has created a problem of not having enough equipment, but that’s a good problem to have, Turner said.

“We did that to see if it would help get numbers up, this is the first time in maybe four or five years that we have three teams,” Turner said. “We’re used to having a third and fourth grade team and a fifth and sixth grade team. This way, we’ve got a lot more kids out, it’s a great problem to have, having too many kids and not enough equipment. In years past, we’ve had plenty of equipment and not a lot of kids. It’s great that we’re seeing a lot more kids interested in football. It’s been great for us to see more kids get involved with football.” 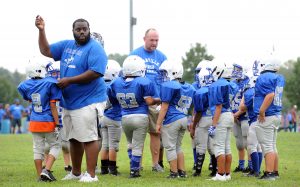 Safety of kids in football is always the top concern. Turner and Clevenger agreed that football is safer than it’s ever been, and it helps having a strong core of coaches at the youth level.

“It means a lot to have people who have played in the program who were contributors when they played in high school, they’re teaching our kids and they make sure it’s taught correctly,” Turner said. “That’s what we want to build for, have everything from youth league to the high school run under the same program. That’s what we have now, we have coaches volunteering their time and wanting to be a part of these kids’ lives and help them out. Ernest Dunn, Clifford Berry, Clay Albright, Shante Ford, Jamar Taylor. There’s plenty of former Admirals, Ghost in Blue that have come back and given back to our community. When it comes to the community, that’s the big thing.”

Some coaches have players on the team, but they’re all in for similar reasons.

“It’s always big, it’s giving back. All of these guys, some are dads but they’re also former Admirals,” Clevenger said. “They do a good job teaching kids the fundamentals and keeping it fun. That’s the most important part, getting them interested and enjoying playing football.”

Turner said that coaches are vital, but so is the community. He said the youth league has received incredible support from parents and community members this year, a trend that has continued to go in a positive direction. 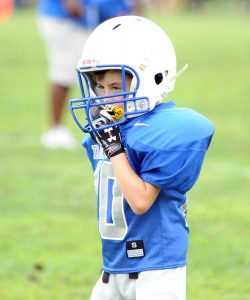 “We had our first fundraiser, kickoff ceremony this year and our parents did a great job organizing that and getting everything set up,” he said. “Toni Ward and Terri Graves were a big part of that, making sure everything was set up, getting donations from people. It’s definitely feels great when you feel like the community has your back, supports you and wants to see the program improve and do bigger and better things.”

And, at the end of the day, it’s for the kids. Turner said players are coached hard, taught the right way with daily improvement as the goal.

“From the ground up, we’re teaching fundamentals and you can see those fundamentals getting better each year,” he said. “We’re all on the same page, we want to teach the little things right. I really don’t care if my youth league kids win a game all year. As long as they get better from game one to the final game and there’s improvement, I’m happy.

“Youth league to me is not about winning, it’s about seeing the progress kids make and them get better each day and have fun. Their smiling faces, there’s no better feeling than walking around town and seeing kids say “hey coach Dukey” and giving you a high five. As long as they’re having fun and learning, that’s the only thing that matters to me.”