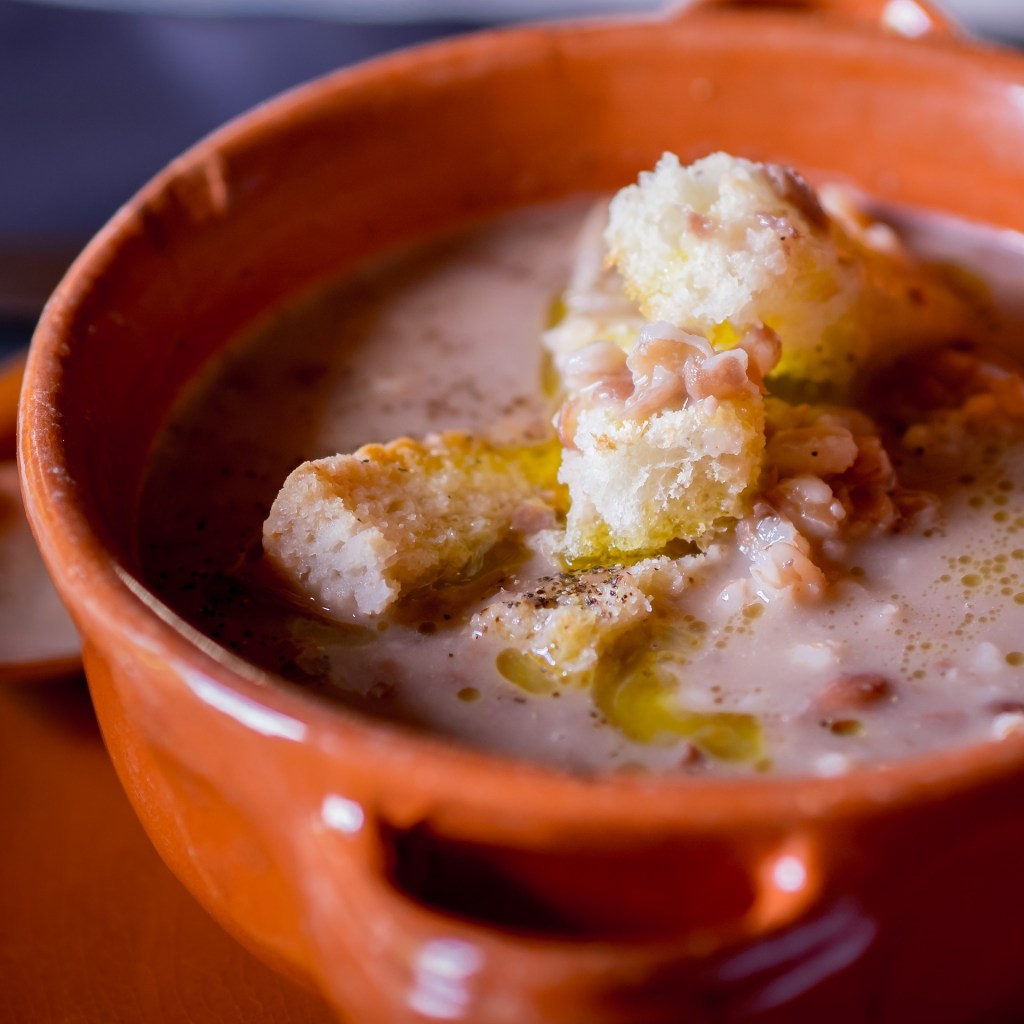 I wish you could have been here at our house yesterday. We had the opportunity of hosting church services at our house, as well as lunch then supper and a hymn singing in the evening. We had a great day.

One of the things we enjoy the most in having services at our house is planning and preparing the meal. This time we chose to go with the traditional Amish menu of peanut butter sandwiches with ham and cheese and cookies along with coffee and tea. But you know my husband Daniel, he is always ready to try something new, especially when it comes to serving food to guests. “Why not have ‘church soup?’” he asked. It is a soup that was served after church where we grew up in Ohio, but we seldom have had it since. Now some folks call it “bupli” soup, which in English is baby soup. It got its name from some churches who served this soup only for the little children who were too young to eat sandwiches.

As I thought of bupli soup, childhood memories of after church meals replayed in my storehouse of memories. As a little girl I was always fascinated with how the red beets, which we ate with our peanut butter sandwiches, made my tongue nice and pink! Now when Daniel suggested that we have bupli soup I thought it was a brainy idea, yet I was a bit unsure whether I should tackle it myself with our little ones to look after.

Owen came to the rescue, “I’ll make it!” he offered generously.

“It’s a plan!” I said, delighted to let him take charge of it. Owen is my second cousin who recently moved his camper onto our property and shares meals and many family times with us. He is an excellent cook so I knew that I would have nothing to worry about if he takes care of the soup.

“I’ll call my grandma in Colorado and ask her for instructions,” he said.

Soon he had everything down pat. “For their church she uses 10 gallons milk to make bupli soup” he reported. “On Tuesday before church she’ll bake 10 loaves of bread, then on Friday she cuts them all up in bite-sized chunks, puts them in a large canner and covers it with a damp cloth to allow the bread to start slightly drying out. The following day she cooks her beans and browns the butter. On Sunday morning as the guests begin arriving she starts heating her milk and by the time church is almost over she adds her salt and 10 loaves of bread.

We all smiled over these unique, detailed instructions. Undoubtedly she has made countless batches of it and knows exactly what works best for her. Owen followed her basic instructions, making a couple changes to make it right for us. For example, we used the heels from the bread that is used to make sandwiches in my uncle’s store. No one knew the difference, that is, except those of us who didn’t have to make all that extra bread, of course! Daniel helped Owen cut up the bread, by the time they were done they ended up with a huge mound on the kitchen table. Another slight change we decided to make was to omit the beans. While I like beans I knew there will be some people who really won’t care for the bean texture in bupli soup!

During church when I went to the house to take care of the babies a delicious aroma of browned butter was filling the house. When he had it all finished he gave me a taste to see what my opinion was. I was amazed how delicious it really was. “Why it’s delicious!” I told him. And yes, it tasted just like it did 25 years ago when we had it in Ohio at church!

After church, we quickly prepared four food lines for everyone to file through and fix their sandwiches. Before long everyone was gathered for prayer and we were ready to eat. First Daniel made a couple announcements telling them that we plan to use the Favorite songbooks for the evening singing, commented on the sermons we had that morning and encouraged everyone to simply make a goal of picking out one highlight of the sermons and apply it to their lives in a special way in the week to come. Lastly, he informed them that we have something a bit different for lunch and explained how we used to have it in church in Ohio. Most of the ones our age and older were used to having bupli soup at church at some point or other, while the younger ones tended to be a bit skeptical about it, wrinkling up their noses at the “soaked bread.” I told the girls it’s perfectly fine if they don’t like it. It simply isn’t part of their culture as it used to be ours. Interestingly enough one of the men told us that an acquaintance of his researched it to find out where this bupli soup originates from. Believe it or not, they were able to trace it back to the 1400s! Imagine what a thrifty option this was for those who hardly had enough money to buy what they needed; they could use their own butter and milk and bake their own bread from the wheat they raised.

Now if you will just join us and be brave enough to give it a try, you’ll be amazed at how good it really tastes!

Melt butter in a four-quart kettle, continue to heat until butter is nice and brown. Add milk and heat, then add cubed bread and salt. Enjoy!