Local environmental update given on pipeline, KU pollution of lake by director of Ky. Resource Council 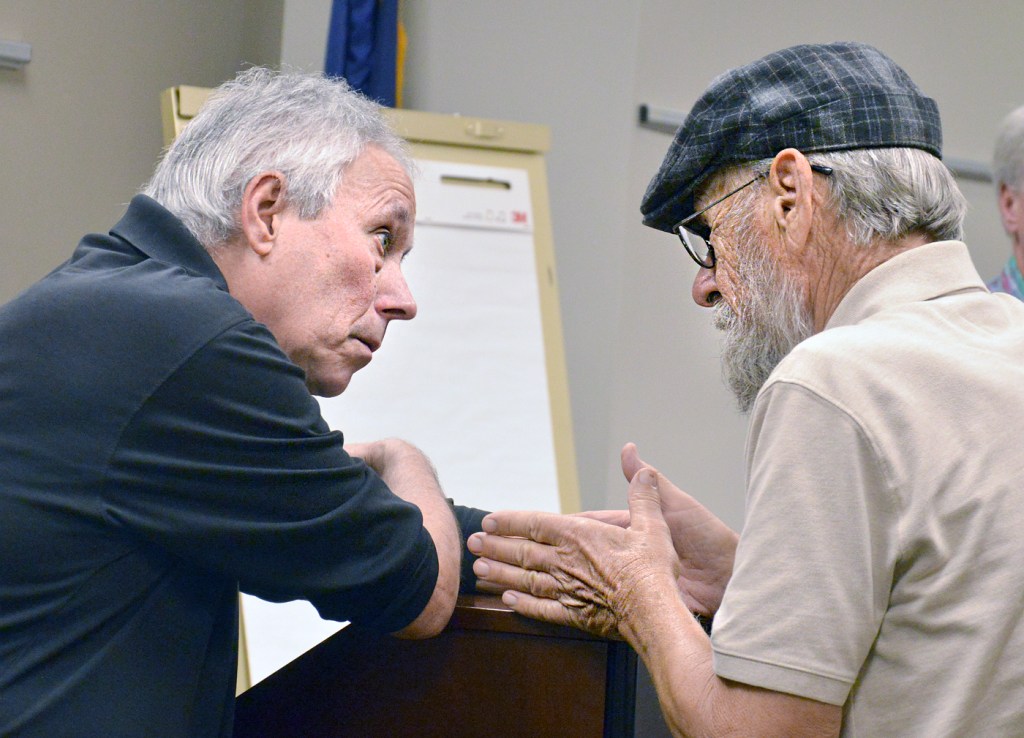 Kentucky Utilities’ E.W. Brown Plant continues releasing pollutants into Lake Herrington under a discharge permit issued from the state, but Tom FitzGerald encourages everyone, “to hold KU’s feet to the fire and and ask them to do the right thing,” to clean up and minimize its effects on the public’s drinking water supply. Fitzgerald, director of the Kentucky Resources Council, spoke to a group of people, during the Women’s Network meeting Tuesday night, who are concerned about environmental issues affecting this area at the.

He said the company wants to have all of its federal and state regulatory approvals in place so they can approach investors and other companies to say, “Hey look, we have this pipeline ready to go. Please pay us, please get in a contract with us saying you’re going to reserve a certain amount of space in the pipeline in a 20-year period.”

Kinder-Morgan is arguing to the Federal Energy Resource Commission that it needs to allow the abandonment process to go forward or its project will be delayed.

“But in the same breath they keep filing these notices saying, ‘Hey FERC, we don’t know whether we’re going to begin construction because things have changed and the market conditions have changed so much,'” FitzGerald said.

A lot of other companies are vying to handle the natural gas liquids (NGL) that Kinder-Morgan wants to transport within its old pipeline.

“The bottom line is that they never had a project,” FitzGerald said. “Kinder-Morgan folks don’t have the project. They don’t have a viable project right now.”

However, if they do continue pursuing it, “They will then have to come back and get Boyle County’s approval,” along with approvals from Madison and Rowan counties because of ordinances that have been put into place to protect their communities.

“The scientific term for what’s going on over there is ‘a mess’ … An unmitigated mess,” FitzGerald said.

“If I had the task to find the most inappropriate place to put coal combustion waste in water, and on top of the ground…” it would be where KU has its coal ash ponds and coal stockpiles, FitzGerald said.

The main ash pond is in the process of being capped and a landfill placed on top. However, it’s unlined so ground water can seep under the footprint of the pond, absorb pollutants found in coal ash, such as selenium, and ultimately flow back into the lake, FitzGerald said.

Even though the plant’s wastewater is being diverted to an auxiliary pond, it’s still not being treated. It’s being diluted then discharged into the lake, FitzGerald said, which is legal because the company does have a discharge permit.

But, “Dilution is not the solution.”

“When you hear a company say, ‘We will continue to comply with the permit,’ it’s pretty easy to do when the permit doesn’t limit the pollutants that are most of the concern from your discharge,” FitzGerald said.

He suggested to everyone at the meeting who is concerned about the pollutants being generated by KU to insist that the state reopen the company’s discharge permits and impose more limits.

He also said the 30-day stockpiles of raw coal sitting on top of the ground are not on a liner. Harmful elements in coal ash are also found in raw coal, FitzGerald said. So it makes sense that KU, “Should immediately install a liner under their coal pile. It’s easy to do, and they can do it with no disruption of any activity.”

FitzGerald also said he thinks the company shouldn’t “study the effects of something to death. It means nothing if you’re not taking action. We know the sources … the main pond, the auxiliary pond and the coal stockpile.

“The technology is there to treat this waste. It’s not that expensive and it’s not that difficult,” FitzGerald said.

“KU needs to step up. They need not to do the minimum that’s required of them. They need to do the right thing.”

FitzGerald said, “We don’t need to be waiting around. The state has the authority. They have the data. They have everything but the will to open up that discharge permit and impose limits, and then allow the company to install the technology necessary to stop adding pounds per day of selenium into the lake.”