Ryan Commandery No. 17 was organized in Danville in 1873 with nine charter members and had grown to 130 knights by 1901, according to an article in the Kentucky Advocate archives.

The commandery had steady growth since its origin in its early years, according to the article in the 1901 archives. 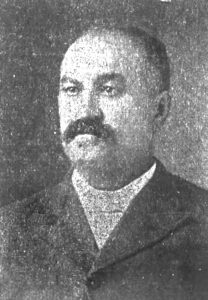 “The admittance of members to the order has been guarded with the utmost care and no applicant except of the highest standing has been granted admission to the mysteries of knighthood.”

The commandery was known as second to none in the state, with reference to moral influence and financial strength.

It provided funds for the Knights Templar Eye Foundation for Research, and surgical treatment for those with eye injuries of diseases.

It also sponsored an educational foundation for students in their junior and senior years of college, and provided money to send Christian ministers to the holy land.

The banner, which was carried by Ryan Commandery in a parade of the Louisville Conclave, was furnished by an Ohio firm for $150 and was made of heavy white silk trimmed in gold fringe.

The banner had “Ryan Commandery, Danville, Kentucky,” printed in gold letters on it.

The Knights were welcomed to the Louisville Conclave with a white-arch at Fourth and Broadway. The old courthouse was decorated with ferns and mosses, vines and flowers.

The flag of the union, to which the Templars, as loyal knights, give reverence, held a high place at the conclave.

Charles N. Smith received the degree of knighthood in 1880, and served as commander and drill master of the local commandery in 1884.

Hubert Goodwin was one of the first to receive knighthood in the local commandery in 1873. He served in the capacity as commander in 1878 and was active in the organization.

W. Larue Thomas of Pittsburg, Pennsylvania, was past grand master there and after coming to Danville, he also assisted with the organization of the local group and was a member of the local Commandery. 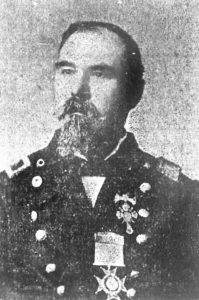