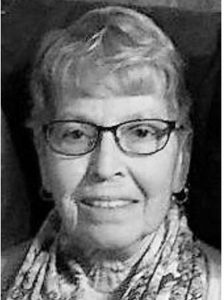 She was born October 2, 1947, in Danville, a daughter of the late William and Lucille Herrington Benge. Judy was the widow of Charles William Brown, who passed away in 2013.

In addition to her parents and husband, Judy was preceded in death by two brothers, Charles and Edna Benge and Benny Benge.