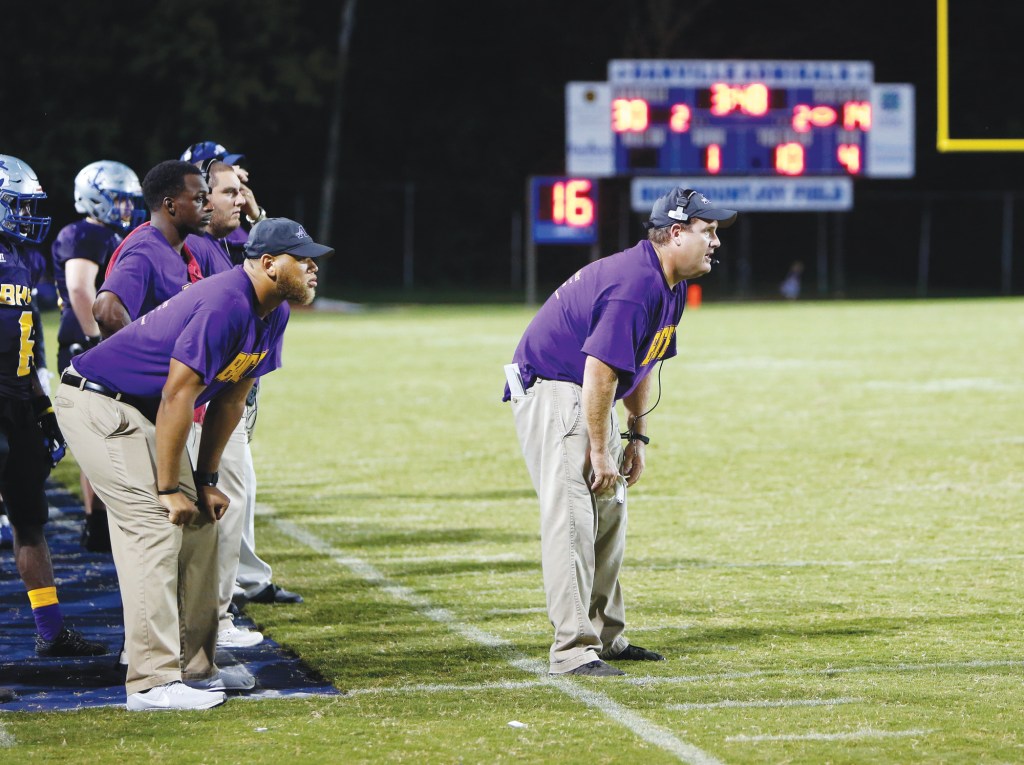 Clevenger had gotten his chance to be a head coach after spending time as an assistant at the collegiate and high school levels, and it wasn’t going well. His very first Henderson County team was winless more than halfway through its schedule, and he was on a two-hour bus ride from Henderson to Mayfield to pit his team against a 4-1 Graves County team.

It was worth the trip, however, as Clevenger got his first career coaching victory when Henderson defeated Graves 35-24.

“I didn’t know if I was going to get one that year. We started out 0-6, and we took some lopsided losses starting out,” Clevenger said. “We were only able to get two (wins) that year, but it’s been a pretty good run since.”

No doubt about it. Almost 11 years after that first win, Clevenger got his 100th career victory when Danville defeated Waggener 30-21 on Friday.

Even after Henderson went 2-9 in his first year, Clevenger’s teams have averaged 8.9 wins in his 11 full seasons as a head coach.

He gave both programs a shot in the arm when they badly needed one, and he brought championship football back to Danville, as the Admirals won their 11th state title and their first in 14 years last season.

He was quick to say, however, that he doesn’t deserve all – or even very much – of the accolades that come with a milestone victory.

“Obviously, the kids who’ve played for me, they have a lot bigger part than I do in these wins,” Clevenger said. “It’s about the kids and the relationships. I’ve had a lot of great assistant coaches, great family support, a great wife.”

Clevenger took over a Henderson program that was in turmoil following the death of a player after a practice in 2006, and it didn’t take him long to make the program a winner again. The Colonels went 7-4 in 2008, won nine games and made the first of three straight trips to the regional finals in ’09 and had nine wins in each of the next three seasons before he came home.

Danville certainly wasn’t in turmoil when Clevenger was brought in in February 2013, but it wasn’t the program it once had been. After reaching the Class A finals in 2006, the Admirals were stopped in the second round of the playoffs in four of the next six seasons and made it past the third round only once. Numbers were down, and now the program was dealing with its first coaching change in 25 years.

Having played on two championship teams coached by his predecessor, Sam Harp, Clevenger knew as well as anyone what the standard for success is at Danville, and everything he did from day one was geared toward getting the program back on top.

Once again, it took only one season for that work to manifest itself in a winning season. The Admirals went 6-6 in Clevenger’s first season, but the 2014 team went 8-4, and the 2015 team went 12-2 and reached the state semifinals for the first time in five years. Then it was on to the Class 2A finals in 2016 and the 2A title in ’17.

Clevenger learned the game under high school and college coaches who rank among the very best at their levels with more than 300 wins each.

Harp is fifth on the all-time wins list for Kentucky high school coaches with 326 wins in 32 seasons at three schools, including 276 at Danville. Overall, he has 332 wins in 36 seasons as a head coach.

The late Ken Sparks, for whom Clevenger played at Carson-Newman College, won 338 games and five NAIA Division I national championships at the east Tennessee school from 1980-2016 and ranks fifth in victories among collegiate coaches at all levels.

“Now that I’m doing it, it makes you in awe,” Clevenger said. “How in the heck do you stay that good and that fresh that long and keep your batteries going? Those are some of the things you think about.”

Clevenger has averaged 10.6 wins per season since he came to Danville. At that impressive pace, he would reach 300 wins early in his 31st season. Does he have it in him?