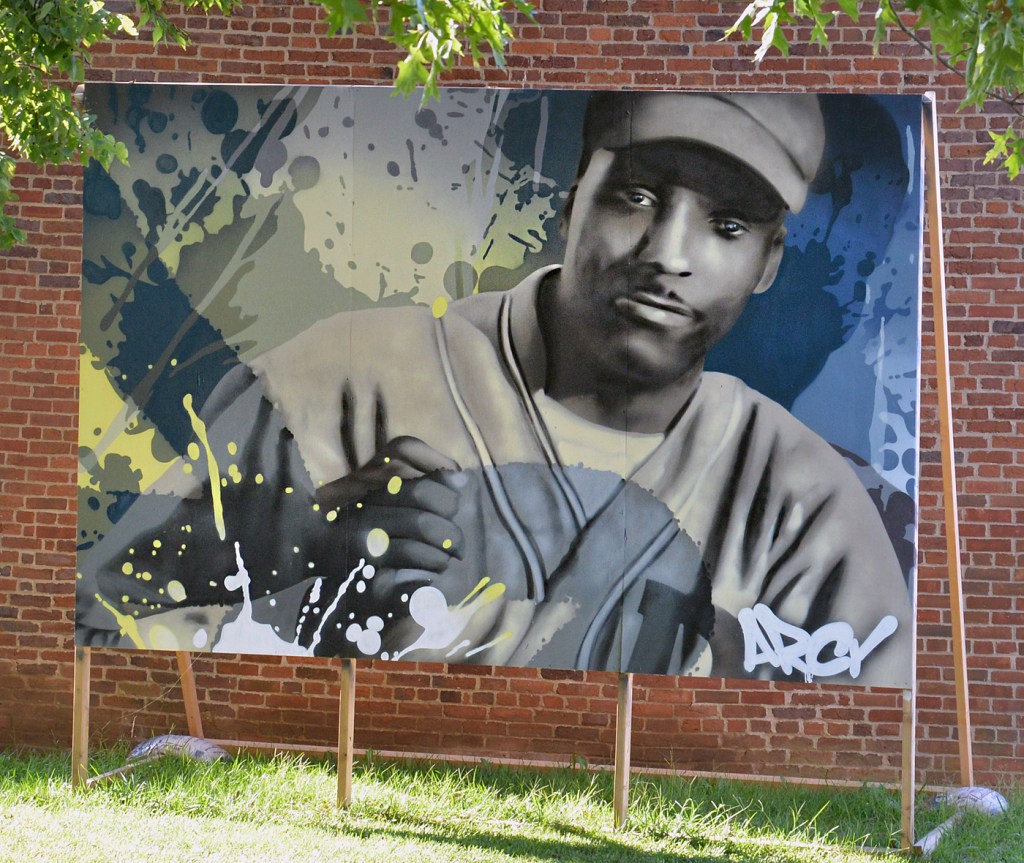 Photo by Robin Hart/robin.hart@amnews.com The mural of William "Bunny" Davis" is currently sitting next to the Heart of Danville's office in Constituion Square. Janet Hamner, of Cottage Interiors, will be moving the mural across the street and hang from on custom made brackets on a wall facing her business's parking lot that is shared with the McDowell House Museum.

The Architectural Heritage Board approved the installation of another mural for the downtown historic district and stated its desire for the city to step in and help refine the review process for public art.

Janet Hamner, owner of Cottage Interiors at 103 S. Second St., asked for and was granted a certificate of appropriateness that allows her to hang the recently painted mural of William “Bunny” Davis on a brick wall facing her building’s parking lot. The wall is also shared by McDowell House Museum. 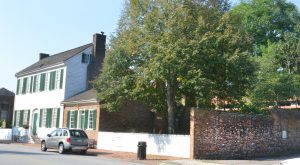 “The Heart of Danville commissioned the painting — with no definite future in mind — for the Soul of Second Street Festival,” Hamner told the board. “You can even feel the perspiration on Bunny’s face. It’s just amazing.”

Hamner said the Heart of Danville and McDowell House boards unanimously agreed to allow her to have brackets made that fit over the top and down the side of the wall to hang the mural on temporarily.

“The wall isn’t original to the McDowell House,” she said. “It’s not an historic structure,” but they still didn’t want to damage the brick.

Hamner said she thinks the Second Street are is the best location to hang the mural of Davis. “That was the heart of the black business community,” she said.

Board chair Tom Tye said Davis “was a treasure to this community” and was a city commissioner for more than 12 years.

After telling an anecdote about serving on the city commission with Davis, board member and former mayor, John W.D. Bowling said, “Bunny Davis’ heart was in the right place for Danville, Kentucky.”

Hamner added, “He was loved by all.”

Stating this was the third mural the AHB approved and hearing that more people want to paint murals on their properties, Tye said he had hoped the city attorney would be at their meeting Wednesday morning to discuss the process of approving public art.

Danville Preservation Coordinator Joni House told the board, “It may be worth looking into with the city attorney and the city, given to what happened last time and the mayor’s comments about possibly having some work to do. There may be a need for a review process before it (mural certificate of appropriateness) gets to you.”

“It may be something that you, as the chairman, need to sit down with the city attorney and maybe the mayor, and try to have some discussion here,” House said.

“I had hoped to discuss that this morning,” Tye said. 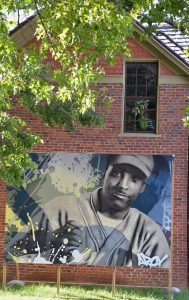 Photo by Robin Hart/robin.hart@amnews.com
The mural of William “Bunny” Davis” is currently sitting next to the Heart of Danville’s office in Constituion Square. Janet Hamner, of Cottage Interiors, will be moving the mural across the street and hang from on custom made brackets on a wall facing her business’s parking lot that is shared with the McDowell House Museum.

The AHB rejected a mural proposal for the side of the Derby Shoppe and Raggs building on North Third Street earlier this year, but that decision was appealed and the city commission ultimately voted to allow the mural project.

“There are a lot of cities grappling with with these issues. It’s pretty prevalent in the preservation world and a lot of them have a review process for the murals,” House said. Once the project goes through the review process then it is presented to the  AHB, “which may make the situation easier and a lot less contentious,” she said.

If the city doesn’t want another committee to review the content of each proposed mural, then “we need more help in our guidelines,” AHB member Julie Wagner said. “One way or another, we need some change here.”