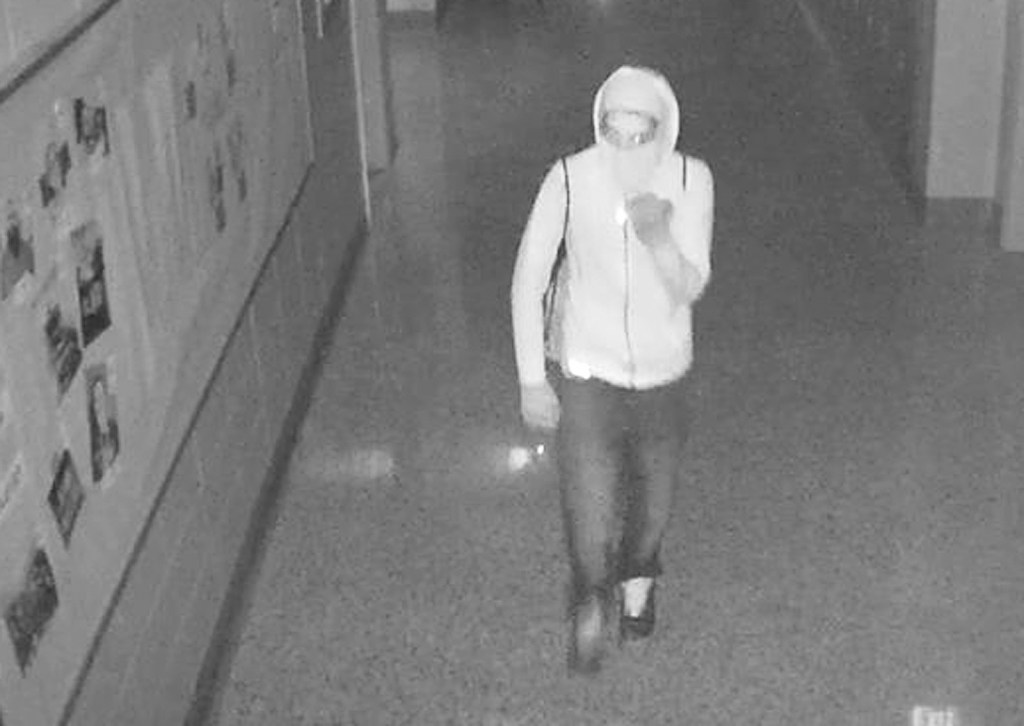 Photo from DHS security camera A suspect is pictured walking through a hall at Danville High School at about 3 a.m. Wednesday. The Boyle County Sheriff's Office is offering a cash reward for the conviction of the suspect.

An intruder broke into Danville High School early Wednesday morning and a cash reward is being offered for the identification and conviction of the thief.

At about 3 a.m. Wednesday, someone broke through a glass window on the west side of the high school and entered a hallway, according to Boyle County Sheriff Derek Robbins.

Wednesday afternoon, school officials were still conducting an inventory of any other damage to the building and determining what was stolen, Robbins said. He added that they knew the suspect had taken a laptop.

Photos and a video posted on the Boyle County Sheriff’s Office and Danville Police Department’s Facebook pages show a slender figure wearing a light-colored, long-sleeved shirt with the person’s head and most of the face covered. The suspect is also seen carrying what appears to be a small backpack with drawstring shoulder straps.