P&Z crematorium approval could be challenged in court 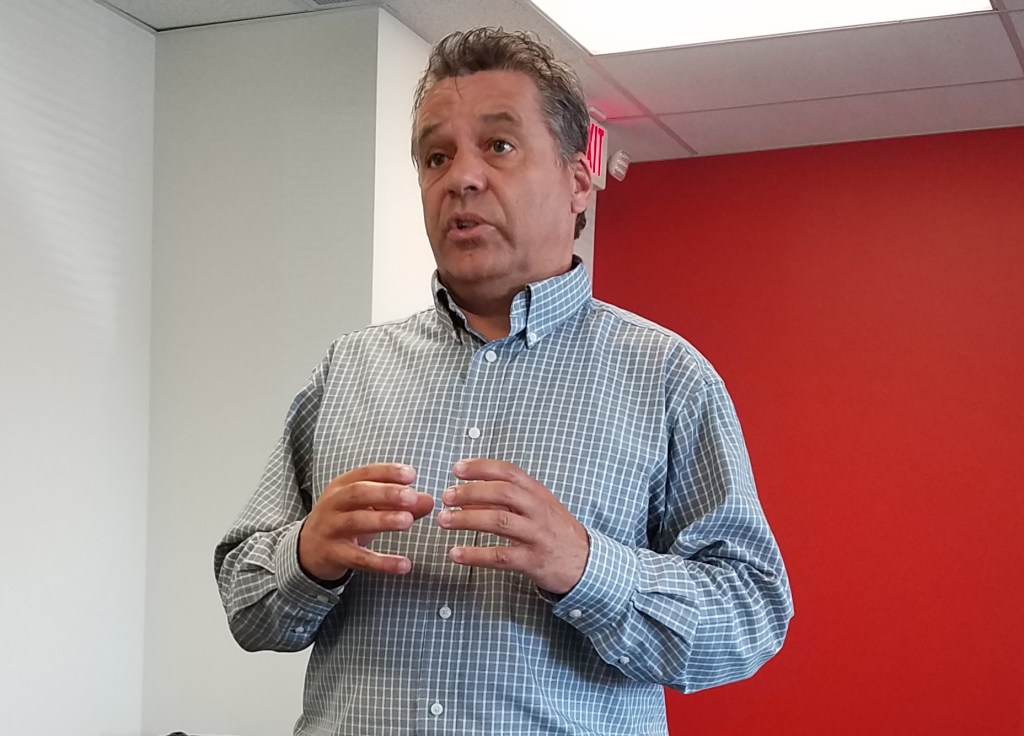 Photo by Ben Kleppinger Planning and Zoning Director Steve Hunter talks about the potential for an administrative appeal or lawsuit over the recent decision by the Danville-Boyle County P&Z Commission to approve a site plan for a crematorium in Perryville.

Danville-Boyle County Planning and Zoning may soon face one or more challenges to its approval of a plan to build a crematorium in Perryville.

P&Z Director Steve Hunter said Wednesday he has handed out an application for an “administrative appeal” and fielded calls inquiring about the process of suing the P&Z Commission in Boyle County Circuit Court over its Sept. 5 decision.

Hunter said administrative appeals are written into state law and designed to provide the public with a way to challenge the opinions of planning and zoning officials when they believe they are wrong.

“If someone wants to challenge anything a zoning officials says, you can file an administrative appeal,” he explained.

The administrative appeal would likely focus on Hunter’s conclusion, which he provided to the P&Z Commission during its site-plan hearing on the crematorium project, that the crematorium does not count as a hazardous materials or toxic waste site, Hunter said.

If filed, the appeal would be heard by the Boyle County Board of Adjustments likely at either its October or November meeting, he said.

The Board of Adjustments ruling would then be appealable to circuit court. Or a lawsuit could be filed in circuit court, challenging the P&Z Commission’s decision directly, Hunter explained.

David Walden, owner of Walden Funeral Home in Perryville, wants to build a standalone structure for the crematorium on a piece of property adjacent to his funeral home along South Bragg Street. At P&Z’s Sept. 5 public hearing, multiple Perryville residents said they were concerned the crematorium would cause pollution or “hazardous waste.” They also said they didn’t like the proposed location, in the middle of many residential properties.

Steven Walker, a Perryville resident, argued zoning regulations prohibit “hazardous material and/or toxic waste disposal sites” within 1,000 feet of residential properties. The emissions from a crematorium should qualify as hazardous materials, he said.

P&Z approved the site plan for the crematorium 5-0, noting among other things that the commission is not responsible for regulating air quality. The commission’s authority extends to ensuring zoning regulations are followed, and Walden’s site plan met all the requirements of the zoning regulations and passed examination previously during a technical review meeting, they said.

But the approval came with a caveat: It’s dependent on final approval of a proposed zone change for a sizable chunk of Perryville — a decision yet to be made by Perryville City Council.

Ron Bower, one of the Perryville residents opposed to the crematorium project, said Wednesday that Walker is the one planning to pursue the administrative appeal.

Walker could not be reached for comment before press time.

“It seems to us that this has pretty much been a foregone conclusion,” Bower said. “… They (the P&Z Commission) didn’t seem to want to hear anybody else’s point of view.”

Bower said he is not opposed to operating a crematorium business, but he doesn’t believe it belongs in a residential area.

“It just isn’t a residential thing,” he said. “Besides, you don’t want to listen to your Aunt Matilda sizzle and crackle while you’re sitting out on your porch.”

The claim that the crematorium would make noise while operating has been repeatedly rejected by Walden.

“There (are) instruments put in place to operate efficiently, inconspicuously and without smoke, odor or sound,” Walden said during the Sept. 5 hearing. “I was told a person wouldn’t be able to walk around the neighborhood without hearing the crematory operate. To that I say: Give me a break. That’s stupid. Come on folks, that’s stupid.”

Walden has said he needs to add a crematorium in order to keep up with changing demographics.

The National Funeral Directors Association projects that cremation will be preferred to burial 79 percent to 15 percent by 2035, Walden said.

“How am I going to stay in business if I don’t offer a crematory to the 79 percent of families that choose cremation?” he asked at the hearing.

Hunter announced the possibility of a legal challenge during Wednesday morning’s meeting of the Danville-Boyle County Economic Development Partnership board, which discussed the crematorium project at the request of Main Street Perryville and the City of Perryville.

Robby Mayes with Main Street Perryville said there may be a handful of people opposed to the project, but there are many others who support Walden expanding his business, especially given the recent loss of businesses such as the Marathon station and Whitehouse Auto Parts. The Main Street Perryville board backs Walden’s proposal, he said.

Those opposed fear it will hurt their property values and they just don’t want to live near a crematorium, Mayes said.

“I don’t think any of them really understand,” he said. 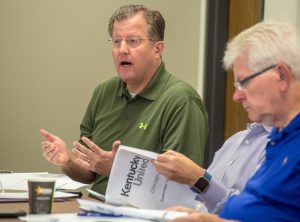 P&Z Director Hunter and Mayes explained that crematoriums can emit small amounts of mercury if someone being cremated has silver fillings, but the amount emitted is within what environmental regulations allow and much less than what is emitted from a broken fluorescent bulb, for example.

EDP President Jody Lassiter said the project would be a positive for economic development in Boyle County. Besides the investment made to build the crematorium and the one job that would be created, Lassiter said the expansion would attract a large amount of business from surrounding counties, since other crematoriums are much farther away — the closest right now is in Versailles.

“Quite frankly I think this is a retention matter long-term,” Lassiter added, explaining that many local businesses must reinvest and grow in order to continue operating.

Danville Mayor Mike Perros made a motion that the EDP formally state support for the project. The motion was seconded but later withdrawn after other EDP members raised questions about endorsing a project when there are potential legal challenges looming; and whether the move would set a precedent and lead to many other businesses seeking EDP endorsement of their expansions.