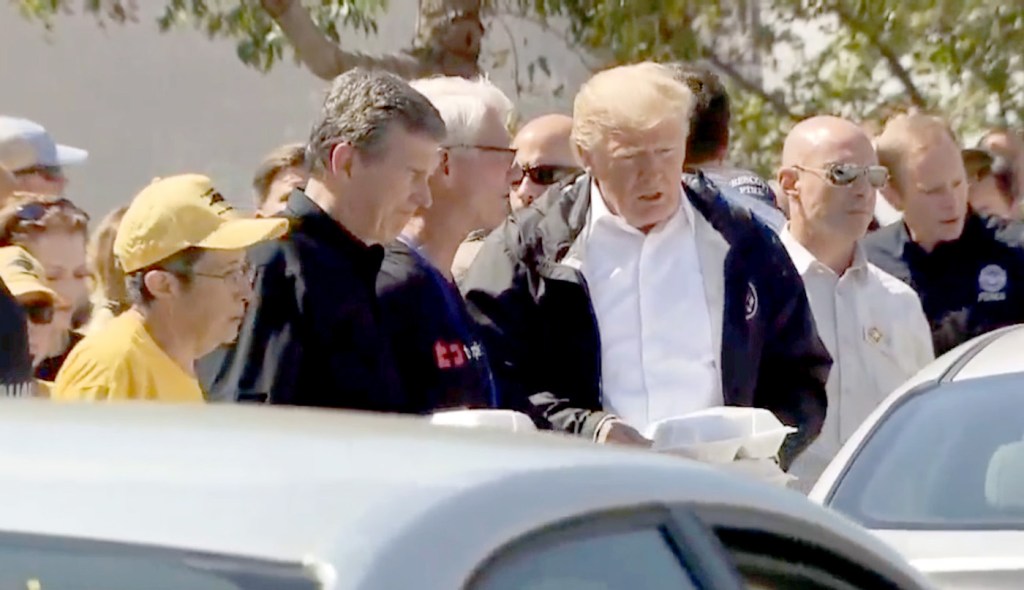 Jim Pennington, pastor of Temple Baptist Church in New Bern, said he thought the president would spend perhaps 15 or 20 minutes at the feeding station. But Trump “just settled in,” Pennington said. “He started meeting people and asking questions, looking people in the eye and saying, ‘Tell me about your house.'”

Since Florence made landfall Sept. 14, Disaster Relief volunteers have served more than 46,000 meals in North and South Carolina through the work of more than 400 volunteers, including several from Kentucky. The storm dumped more than 30 inches of rain in some locations and has caused at least 37 deaths, according to media reports.

“As a church, as a ministry, as a relief site,” Trump’s visit was “fantastic,” Pennington told Baptist Press, because “it’s given us some high profile where we can ask people to help with resources and finances.”

SendRelief, the Southern Baptist Convention’s compassion ministry arm in North America, has delivered other disaster relief supplies to the churches hosting feeding sites, including 65 pastor packs with generators, chainsaws and other ministry supplies. Some 720 “crisis buckets” have been distributed to help homeowners do their own cleanups.

“We’re just incredibly thankful that the president was able to experience firsthand serving meals to those in the drive-through line,” SendRelief President David Melber said, “and also to see Southern Baptist volunteers in action doing what they do best.”