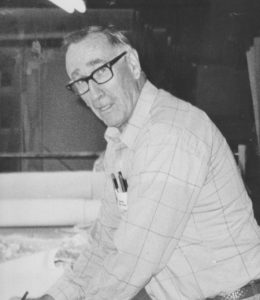 A native of Washington County, he was born on January 29, 1930, to the late James D. and Myrtle D. Edwards Yankey. He was a member of the Mackville Baptist Church and a graduate of Mackville High School. He was a retired employee of Jackson Chair, and a former employee of Boyle County Stockyards and Burley Tobacco Warehouse of Danville.

Preceding him in death was a daughter, Tamara Kay May on December 12, 2004.

Funeral services will be held at 3:00 Thursday, Sept. 27 at the Carey & Son Funeral Home in Springfield. Burial will be in the Peter Cemetery at Mackville.

Visitation will be after noon Thursday.