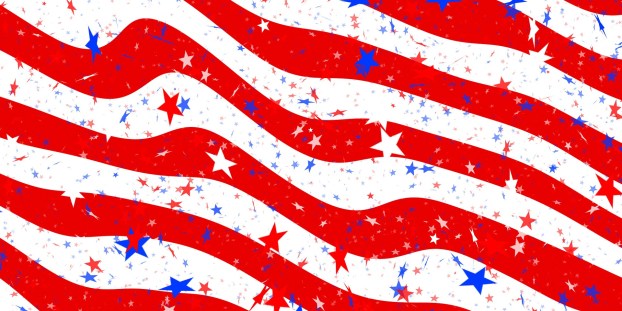 Candidates for magistrate in Boyle County District 2 met at a forum organized by the Boyle County Chamber of Commerce Thursday night. They were Donnie Coffman (D, incumbent), Ronnie Short (R) and Pete Kendrick (I).

In opening statements, Short talked about growing up on a farm in Boyle County where he learned hard work, respect and love for each other.

Kendrick said said he’s worked all round the state and is now a factory supervisor. He sees the heavy tax burden on working families and doesn’t like spending money. He’s more concerned about the future of Junction City and that area of the county.

When asked about Junction City having a seat on the EDP and how he would ensure the town would be involved and not overlooked, Coffman said, “Junction City is a little different than most places in our county.” He complimented the mayor and the city council and thinks they will work with the EDP to bring more industry to that area of the county.

Short said Junction City has been overlooked in terms of bringing industry to the community. Nothing has been brought in to help its residents get jobs; most people have to leave and work somewhere else and working with the EDP will be helpful, he said.

Kendrick said the question was “What more could be done.” He pointed out that as a member of Junction City Council, he was one of two people who voted against joining the EDP. “I don’t think a token seat on an 18-person committee is going to gain Junction City very much … Junction City needs to go another avenue.”

When asked about what was the most critical fiscal court policy change that needs to be made, Kendrick said cooperation among the entities already in place is most important. “They’re all playing on the same field in a different way.” He said he thinks representatives from city councils, fiscal court and some of the larger employers should meet at least once a quarter to find out what each other is doing.

Coffman said the jail is the biggest concern. Six magistrates are working together really good right now and will continue to work together, he said.

Short said “we do need to do something with our jail” and invest in the local Bluegrass Community Technical College. Having technical graduates available for the county’s workforce is very important to the county’s future, he said.

Kendrick said workforce development should be the “number one”  priority. He said the industries already here are having trouble finding qualified employees. He said there needs to be more support to train skilled workers.

Coffman said he thinks the EDP should stay on board with workforce development and try to bring jobs into the county.

When asked about if candidates could justify raising taxes, Kendrick said, “I don’t think you can. We’re over-taxed as it is.” He mentioned again that he thinks officials and representatives from companies and schools should meet quarterly. He said a lot of money is being wasted by organizations doing the same things.

Coffman said, “I would not raise taxes in this community because we have the best (fiscal) court in the state of Kentucky … We don’t need to raise taxes right now.”

Short said raising taxes would be “a shame.” He said everything like food, gas and higher water bills are rising and having to pay higher taxes makes it harder for some people to pay their bills. “We get taxes raised on our property every two years. I don’t think that’s right either.”

Biggest issues in District 2 are the water and sewer problems and bad roads, Short said.

Kendrick said, “I’d just like the rest of the county to know there is a District 2.” He said not much is going on in that part of the county. “I think we’re forgotten about a lot of the times … That area should pull themselves up by their own bootstraps as much as they can.” That means it’s important that the district is well-represented on fiscal court, he said.

Coffman agreed that water and sewer are issues but “Danville controls the water system. I just want to let you know that.” However, he said he thinks most of the roads are “up to par.”

Kendrick said he is an Independent. He said he encourages people to vote for a person and not a party. “I think a court with more than one party is the best.”

Coffman closed by saying, “I’ve been on fiscal court for 16 years. I’ve tried to do the right thing … for people in District 2 and all of Boyle County … That’s my job.”

After closed sessions, ‘homework to do’ for Junction, P&Z

Junction City and the Danville-Boyle County Planning and Zoning Commission held closed sessions this week under the exception to Kentucky’s... read more