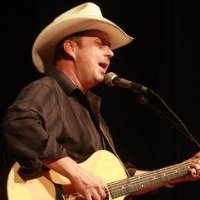 Forkland Community Center in western Boyle County suffered from a devastating flood at the end of June. But with generous donations and countless hours of work by volunteers, the Community Center is cleaned up and ready for the 47th annual Forkland Heritage Festival & Revue Oct. 12-13.

One of the highlights of the Forkland Festival is the Old Country Supper Theatre on Friday and Saturday evenings, and this year it promises to be special.

Photos contributed Allison Speer will be performing Friday as a soloist and has recently moved back to Boyle County.

Everyone enjoys the delicious pinto bean and/or potato soup supper served by Forkland’s youth. And this year, popular pecan pie will be served again for dessert. Each night during the meal, entertainment will be supplied by a notable performer with Forkland roots. On Friday night, Allison Speer, a Nashville-based Christian singer, will perform. On Saturday night, local favorite Phillip Clarkson will sing country tunes.

After the meal, a hilarious “drama,” Granny Always Said, written and directed by Sandy Hogue, will be presented. Tickets are now available; call Janie Drye at (270) 692-2732 or visit forklandcomctr.org to reserve yours.

Friday’s musical performer Allison Speer grew up on a farm in western Boyle County. Her dad was Ronnie Durham and her mother was Sue Burger. Her brother, Lee Durham, currently lives on Little South in Forkland. A concert by The Imperials was Allison’s earliest introduction to Christian music. She watched as Russ Taff performed the songs “Praise the Lord” and “New Creation,” and she was instantly passionate about the gospel word set to song. She became a regular on Gaither Homecoming videos and tours and has been singing professionally since 1985.

She now performs as a soloist and as a member of the New Speer Family with her husband Brian Speer, which is a revival of the well-known Speer Family gospel singers who retired in 1998. Allison has performed around the country and in Russia, Bosnia, the Philippines and South Africa. For more information, visit www.allisonspeer.com. Speer has recently moved back to Boyle County and has purchased land in Forkland, where she is planning to build a home.

Saturday’s performer Phillip Clarkson also has Forkland roots. He was the ninth child of Herman Lee and Ruby Frances Brewer Clarkson and he grew up in Bradfordsville. At an early age, he could be found singing all his favorite Hank Williams songs.

After the death of Elvis in 1977, Phillip entertained his classmates by singing the King’s songs in the back of the school bus each morning. Later that year, he got his first guitar and taught himself how to play, then started writing his own songs. After graduating from Marion County High School, he served four years in the U.S. Marine Corps, then he returned to the music business, playing shows in Kentucky and other states, writing music, and making records.

In 2007, Phillip started a new record label, South Fork Records, specializing in CD releases for radio airplay on which he promoted himself and other artists and songwriters. One of Phillip’s songs went to No. 6 on the ECMA charts. In 2007, Phillip made a trip to Nashville, where he recorded the CD, “Back from Nashville.” Most recently, Phillip has put together a new CD titled, “Bradfordsville and Other Homemade Songs.” This CD is completely homemade, with all of the songs written and recorded by Phillip. More information about Phillip and his CDs is available at www.cdbaby.com/artist/phillipclarkson.

Planning and Zoning is one person smaller in Danville-Boyle County, now that Administrative Assistant Jennie Hollon has resigned to pursue... read more