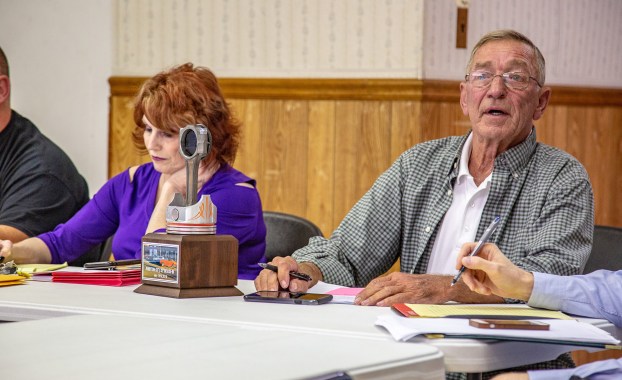 Junction City officials have been at odds with a local developer over a plat they say was incorrectly accepted by the Boyle County Clerk’s Office without a Junction City signature. But now, there may be a bigger fish to fry: The city may have never regained the authority to regulate development within its borders after it split ways with the Danville-Boyle County Planning and Zoning Commission in 2011.

“We’ve been advised by our attorney that there aren’t currently any subdivision regulations in effect in Junction City,” said Steve Hunter, director of the P&Z Commission. “… We were all a little shocked by that opinion, but again, that’s what our lawyer said.”

Hunter said he was shocked because of what attorney Bruce Smith’s opinion would mean: Ever since Junction separated from the county-wide P&Z Commission, “everyone thought there were subdivision regulations in Junction City; turns out, there’s nothing. … There’s no oversight, there’s no acceptance process. The developer’s not bound by anything.”

Smith said Monday Junction can’t have any P&Z regulations in place because it hasn’t properly set up a planning commission or board of adjustments. In order for P&Z regulations to be enforceable, everything must be set up according to a specific state law, KRS 100, which is the “enabling statute” for planning and zoning, Smith explained. 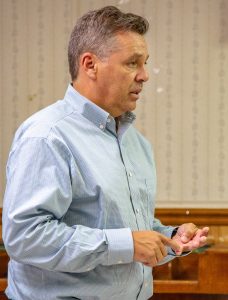 “If you don’t follow the statute, you don’t have it,” he said. “You may have passed some ordinances adopting a zoning ordinance and subdivision regulations, but the rest of it” is required for it to be enforceable.

Junction City Mayor Jim Douglas — who led the charge to leave P&Z back in 2009 —said he wasn’t willing to comment on the situation.

Douglas said he couldn’t comment on if the city has ordinances in place concerning planning and zoning, even if it doesn’t have its own planning commission or board of adjustments. Asked if he believes Junction City currently has the ability to enforce any planning and zoning regulations on developers, Douglas responded, “I cannot make a statement to that effect because I don’t know.”

But at last week’s Junction City Council meeting, the council voted unanimously and with Douglas’ support to send a letter to the other governments still participating in county-wide P&Z, stating a desire to create a new interlocal agreement that would put Junction back on the P&Z Commission.

“I think it’s time,” Douglas said during the meeting.

The council was complimentary of the job Hunter has done since starting as P&Z director last year. They said they’ve seen a change in the P&Z office and no longer fear that Junction City would be treated unfairly or that P&Z regulations would hamper economic development in the city.

In 2009, Douglas and council members alleged P&Z had effectively prevented the re-development of an old gas station through bureaucratic delays and caused other businesses to locate outside Boyle County instead of in Junction City in order to avoid regulations.

Douglas also alleged at the time that P&Z regulations were enforced unevenly depending on who was in violation.

“They pick on some people to clean up their properties when the ones right next door are in worse shape,” Douglas said in 2009.

At the same March 2009 meeting, Junction’s attorney at the time, George Fletcher, told the council it could enforce its own planning and zoning regulations by using ordinances, according to news archives.

Three months later, the council voted to end its participation in the P&Z Commission, according to news archives. That led the P&Z Commission to seek a legal opinion on whether that would be allowed and how letters of credit held by P&Z for Junction City development projects should be handled.

P&Z attorney Smith was representing the commission at the time. “It was clear to me that they (Junction City) were out, but what happened afterwards was totally up to them,” he said. “They could have taken steps at that point to appoint their own planning commission, their own board of adjustments, adopt a comprehensive plan, zoning ordinance and subdivision regulations.”

Smith said Junction’s vote to send a letter and pursue rejoining P&Z is a good first step. In order to get Junction back in, all the governments — Junction, Perryville, Danville and Boyle County — would need to adopt by ordinance a new agreement. Then Junction City would have to re-adopt the P&Z Commission’s goals and objectives of the comprehensive plan.

At that point, P&Z’s subdivision regulations would once again be enforceable, Smith said. But Junction would probably still need to develop and pass its own zoning ordinance before other regulations would take effect.

Would development projects be subject to new P&Z regulations if they were already underway before the regulations took effect?

“That gets to be kind of a — that’s a factual determination you’d have to make for each developer,” Smith said. “If you’ve embarked on a project and you’ve invested a significant amount of money, the courts can find that you have a right to proceed, even though regulations have been passed.”

Hunter said what brought all of this to the surface was Junction City’s problem with a plat filed by developer Tom Hensley for newly added streets to the Shelby Green neighborhood he’s developed off of U.S. 127 South. City officials had complained that the plat was accepted without a signature from Junction City; and that the roads do not meet minimum standards, such as being only 19 feet wide instead of at least 20 feet.

Those complaints are all moot if Junction City doesn’t have any authority to regulate, Hunter said. But on the flip side, without any P&Z regulations in place, the city is also under no obligation to accept the streets for city maintenance, regardless of how they’ve been built.

“In this case, there’s no process to accept those developer-built streets,” Hunter said. “… There’s a good chance these could be private streets forever.”

But Hunter and Junction City Council members were all optimistic about the future if Junction rejoins P&Z.

Douglas said Junction City has “a lot of development coming in” and the city will be in the best position to benefit if it’s a member of P&Z.

“My concern is it’s going to be over our head,” he said of the council’s ability to regulate and enforce P&Z rules. “… It’s over my head.”

“We’re happy about them wanting to come, regardless of whatever circumstances,” Hunter said. “Whatever happened in the past, let’s forget about it and move forward.”

Thursday night was all about political races with no incumbents at Gravely Hall in Danville High School. In addition to... read more