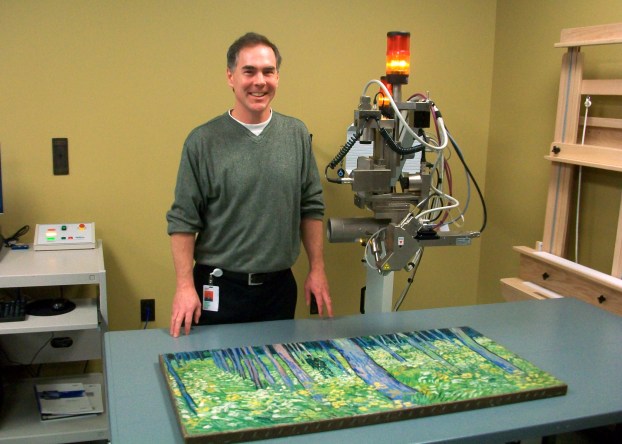 (Contributed photo) Jeff Fieberg works on “Undergrowth with Two Figures,” by Vincent van Gogh. Fieberg is one of many Centre College professors who will appear in a lecture series kicking off next week at the Community Arts Center.

The Community Arts Center’s fall arts appreciation lecture series will take attendees around the world through a diverse series of presentations. The fall series is offered in partnership with Centre College and features five Centre professors, none of whom are from the art department.

“We love the opportunity to tap into the wide-ranging research interests of the Centre College faculty,” says Arts Center Executive Director Niki Kinkade. “So many professors at Centre have fascinating knowledge about various art forms, even if they teach primarily in an entirely different field. The fall series features a biologist, a chemist, and an archaeologist, along with professors in the humanities and classics departments.”

The series will be offered from noon to 1 p.m. Tuesdays, through Nov. 13. The lineup includes:

The island of Borneo in Southeast Asia is home to the oldest rainforest on Earth and is blanketed by one of the most biodiverse landscapes.  Included in this tremendous natural diversity are the nearly 200 ethnic subgroups that make up the Dayak people, which all possess a deep physical and spiritual connection to their tropical environment.

Klooster will focus on the imagery typically utilized in each culture’s artistic expression, then attempt to draw connections to the native rainforest wildlife that inspires the creative work, and discuss why these organisms are so important to the native people. 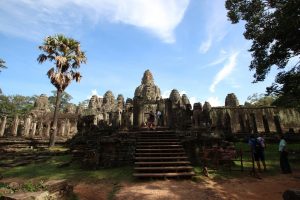 The painting is one of Van Gogh’s late masterpieces and the most-cherished painting in the Cincinnati Art Museum’s collection. This interactive presentation will provide background information on Van Gogh’s life in France, where ”Undergrowth with Two Figures” fits within his life’s work, and past conservation work on the painting. The painting has changed significantly since Van Gogh first executed it.

In discussion about the techniques used to investigate the changes in order to produce a digital reconstruction of the painting, a demonstrations of X-ray fluorescence, the primary analytical tool used, will be performed during the lecture.

Fieberg’s research interests are in the technical art historical analyses of modernist paintings and analyses of artists’ materials.

The Quaker minister and painter Edward Hicks is best known for his Peaceable Kingdom pictures, of which 62 exist. The paintings represent a messianic prophecy in the book of Isaiah (11:6): “The wolf also shall dwell with the lamb, and the leopard shall lie down with the kid; and the calf and the young lion and the fatling together; and a little child shall lead them.” In his talk, Reigelman will focus on the 1826 version of the motif and its connection to American literature up to that point.

Reigelman was known as a professor of American literature and humanities for more than 35 years. At different times he has also overseen admissions and financial aid, student life, development, planning, alumni affairs, the Norton Center for the Arts and communications.

Cutright and La Londe discuss the archaeology of Angkor Wat and its connection the the temple’s symbolic architecture and decoration. 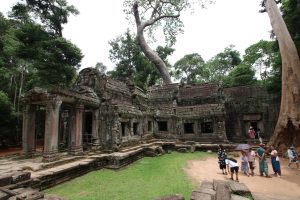 La Londe is an assistant professor of classics. She teaches Latin language and literature, and a wide range of courses on classical antiquity, including Pompeii, and the reception of classical antiquity in film, and the first-year humanities sequence. Her research focuses on political thought in Latin poetry of the late republic through the age of Nero.

Attendees may pre-register for the fall arts appreciation lecture series for $40 or pay $13 per lecture at the door. Pre-registration for the series is found at www.communityartscenter.net/arts-appreciation.

Birthday with a purpose: 11-year-old uses her special day to shine spotlight on animals’ needs

Natalie Spencer says she gives back to the local spay/neuter clinic and animal shelter for a  simple reason: Because they... read more