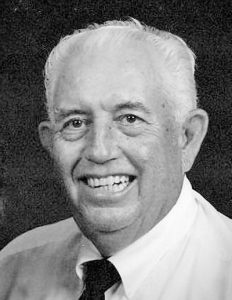 Charles Lee Hardwick, 88, of Lancaster, passed away Sunday, October 21, 2018 at his home. Born Friday, January 3, 1930, in Garrard County, he was a son of the late Leland Sr. and Maggie B. Hurt Hardwick. Charles was a U.S. Army veteran during the Korean War Era and was a member of Operator Engineer’s #181 until his passing. In 1957, three years after coming home from the military, Charles joined the American Legion, where he became commander of the Lancaster, Ky., Post #35, where he remained a member until his passing. He was a member of the Masonic Order, was a past Master of Lancaster Lodge #104 for 55 years as of 2016, and a past High Priest of Chapter 56 Lancaster Masonic Lodge. “KY Colonel Charles L. Hardwick” was in the Independent Order of the Odd Fellows for over 50 years and worked all over the U.S., including on the Alaskan Pipeline. He was also a member of Lancaster Baptist Church and attended Hyattsville Baptist Church.

In addition to his parents, he was preceded in death by brothers, Leland Hardwick, Jr., Ben F. Hardwick and William P. Hardwick; and sisters, Minnie Pearl Lane and Mary F. Spillman.

Friends & family may share memories or leave condolences on his tribute wall at: www.ramsey-young.com. Ramsey-Young Funeral Home is in charge of arrangements.