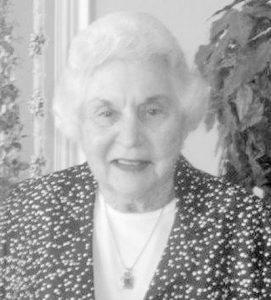 Born February 27, 1927, in Graves County, she was the daughter of the late Rex and Palace Clapp. LaVerne attended Gibson elementary school, a one-room school in Graves County, where her mother, Palace Brower Clapp, was the teacher. She attended Wingo High School, graduating in 1943 as valedictorian of her class. LaVerne attended Murray State University and graduated in 1946 at the age of 19 with a BA degree. It was at Murray State that she met her future husband, Joe O. Brown, who had just returned from World War II where he had served as a member of the 3rd Marine Corps Division stationed in the South Pacific. Later LaVerne received her MS degree from Western Kentucky University. After marrying Joe in the fall of 1946, the couple moved to Owensboro where she lived the majority of her adult life. She was an English and business teacher with the Owensboro City School System until her retirement in 1981. Following her retirement, the Browns spent their winters in Okeechobee, Florida. She was instrumental in establishing a church in the park where they lived, and that became a vital part of her life in Okeechobee.

In addition to her parents, she was preceded in death by her husband of 64 years, Joe O. Brown.

There will be no visitation. Graveside services will be conducted by Dr. Jerry Mayes at 11:00 a.m. on Thursday at Camp Nelson National Cemetery, Jessamine County, where she will be interred next to her husband.

W.L. Pruitt Funeral Home is in charge of arrangements. A guestbook is available at www.wlpruitt.com.