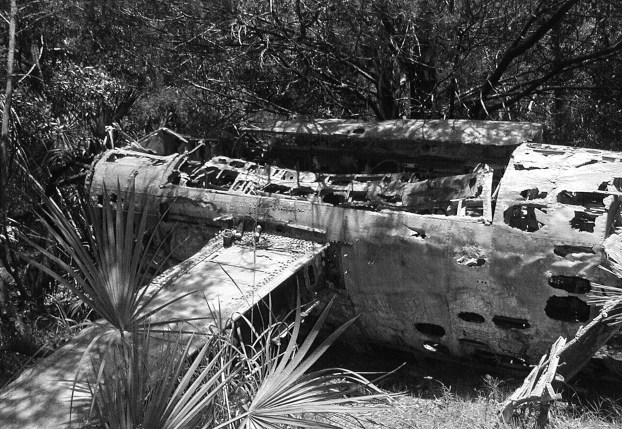 Front Page History: War was news of the day in 1943

Editor’s note: Front Page History is a new feature looking back at a front page of The Advocate-Messenger on this date from a year in the past. Check back every Thursday for a new column.

The front page of The Advocate-Messenger on Oct. 25, 1943, was dominated by news of World War II and how local residents were being affected.

The news about local residents’ sons and where they were stationed made headlines.

On this day, it was written that four Boyle County men were included among a group of 64 cadets now stationed at the Army Air Force Pre-Flight School for Pilots at the San Antonio Aviation Cadet Center in Texas. They were: Frank D. Royce Jr., son of Dr. F.D. Royce of Shakertown Road; John S. Goldston, son of Mrs. Beulah Goldston of West Walnut Street; John W. Wisner, son of Mr. and Mrs. John Wisner of South Fourth Street; and John B. Niceley, son of Dr. and Mrs. O. Nicely of Perryville.

Aviation Cadet Hugh James Bronaugh, son of Mr. and Mrs. Tom Bronaugh of Stanford Road in Danville, had arrived at the Big Spring Bombardier school at Big Spring, Texas for a 21-week course to become a bombardier pilot. He graduated from Danville High School in May 1942. Before entering the armed forces, Bronaugh was a riveter for Intercontinent Aircraft Corporation.

In another headline, it was announced that the Red Cross donor quota for the area had been filled. The Red Cross was ordered to collect blood contributions from 555 people within three days. The quota for blood donors was pushed over the top because of the cooperation of enlisted men and officers of Darnall General Hospital. It was reported that of the 280 registrants from Boyle County, 162 were with the hospital, with 152 of them as enlisted men, six officers and four civilians.

Also, The Kentucky War Fund campaign of Boyle County had passed its half-way mark with a total of $9,000 already collected, according to campaign chairman Walter S. Frankel. A motion picture short emphasizing the duty of citizens to contribute to the war fund was to be shown at the Kentucky and State theaters during the next few days.

Boyle residents were also given the rules for applying for War Ration Books No. 4. It was said that strict adherence to the rules would allow distribution of the books, which would be at all of the local schools, and aid the Victory scrap effort.

The rules were: Bring War Ration Book No. 3 for every person applying for War Ration Book No. 4; fill out consumers’ applications in advance if possible; bring all the small, heavy scrap you can carry to the county school sites where scrap piles will be in plain view. War Ration Book distribution centers were held in Danville at the Broadway, Maple Avenue, Danville High and Bate schools. School distribution centers in the county included East End, Junction City, Perryville, Parksville, Mitchellsburg, Forkland and North Rolling Fork.

It was also reported that the Allied Fifth Army had seized a key communications point in a three-mile advance, and the British offensive on the east coast had enlarged the breach of the Nazi Trigno River line, while Allied bombers struck at southern Austria and Albania. Berlin said bombers from new bases in Italy had hit southern Germany and Hungary.

In a press conference, General Alexander, aide to General Eisenhower in the Italian campaign, said the advance on Rome would be slow because the retreating Germans had mined all the roads extensively, forcing the Allied advance over the countryside and other demolition, such as bridges destroyed, contributed to the delay.

Only one of three candidates seeking to represent the Second Congressional District in the U.S. House of Representatives attended a... read more